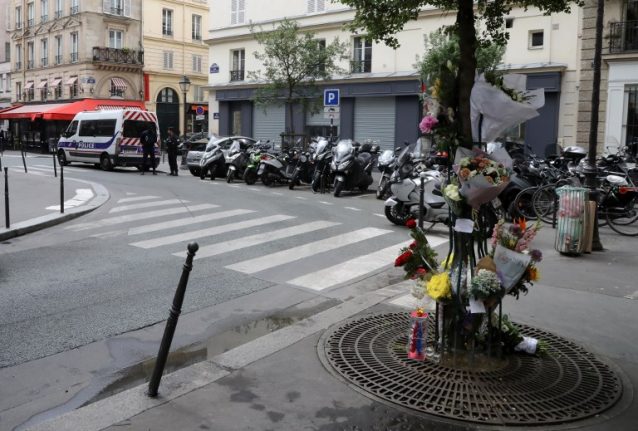 Floral tributes close to the site of a knife attack which left one dead and four injured last week. PHOTO: JACQUES DEMARTHON / AFP
A judge ordered that the two women, who were taken in for questioning on Thursday, be released.
Knife attacker Khamzat Azimov, a 20-year-old naturalised Frenchman of Chechen origin, had been on France's two main watch lists for suspected radicals since 2016.
A week ago he killed a 29-year-old man in the attack in Paris's busy Opera district before being shot dead by police.
A friend of the dead man, Abdul Hakim A, also a Chechen-born French national, was arrested on Sunday in the eastern city of Strasbourg, where the two men grew up, and later transferred to the headquarters of France's domestic intelligence services in Paris.
He was charged with “associating with criminal terrorists” on Thursday and remanded in custody.
A source close to the inquiry said earlier one of the women was Ines Hamza, a radicalised 19-year-old who married Hakim A before trying to leave for Syria in January 2017.
Url copied to clipboard!