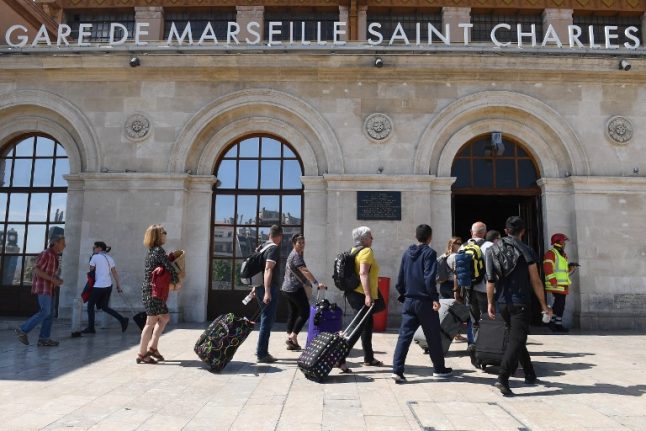 Photo: BORIS HORVAT / AFP
The man was detained at the main railway station in the southern city of Marseilles after a member of the public reported he was acting bizarrely.
Police found suspicious electrical equipment on him and the man refused to give his name.
“What he had on him was not an explosive device, it was not dangerous in itself, but it was electrical, electronic equipment that could be used to make an explosive device,” public prosecutor Xavier Tarabeux told AFP.
“We do not yet know his identity but this man says he is Chechen and speaks Russian,” he added.
The Gare Saint Charles train station in Marseille was briefly evacuated and train traffic was stopped following the arrest.
France has been on high alert after a Chechen-born Frenchman stabbed a man to death last week and wounded four others in an attack in Paris that investigators believe was terror-inspired.
It was just the latest in a line of jihadist attacks that have killed more than 240 people in the last three years.
Police and prosecutors said they were interrogating the man arrested in Marseilles to ascertain whether he was planning an attack.
However the city's mayor Jean-Claude Gaudin issued a statement saying an attack had been “foiled” and that the suspect had “obvious terrorist intentions”.