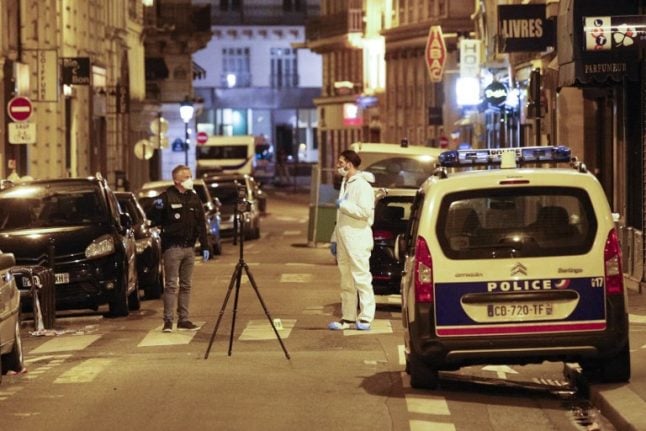 Khamzat Azimov, a 20-year-old naturalised Frenchman of Chechen origin, killed one man and injured five others in the busy Opera district of the French capital on Saturday night before being shot dead by police. The Islamic State group has claimed the attack.

Abdul Hakim A, also a Chechen-born French national, was detained Sunday in the eastern city of Strasbourg, where the two men grew up, and charged with “associating with criminal terrorists with plans to attack people,” a judicial source said.

Both men, who were close friends, had appeared on French terror watch lists, although neither had a prior criminal record.

“He has denied any implication in either preparing or carrying out the acts as well as any recent links with Khamzat Azimov, claiming not to have seen or been in contact with him for several months,” France's top anti-terror prosecutor Francois Molins said.

But he added that examinations of telephone networks showed that shortly before the attack, Hakim A has sent his sister a text message of “a jihadist chant regularly used by the Islamic State”.

Investigators want to determine if Hakim A “may have influenced Azimov in his jihadist quest or knew he was planning this attack,” the source said.

During a search of his home in Strasbourg police found seven cellphones but were unable to locate the phone he used most often, sources close to the case said.

“This telephone, he probably threw it away. He told investigators that he had gone to the gym and lost it there,” Interior Minister Gerard Collomb told RTL radio on Wednesday.

Molins confirmed that two women were detained for questioning Thursday in connection with the attack.

Molins said he did not want to give more details of the two women for now, but a source close to the inquiry said one was Ines Hamza, a radicalised
19-year-old who married Hakim A before trying to leave for Syria in January 2017.

Witnesses said Azimov yelled “Allahu akbar” (God is greatest) during the rampage, for which the Islamic State group has claimed responsibility, later releasing a video purporting to show Azimov pledging allegiance to the jihadists.

Interior Minister Collomb said that Azimov had carried out his attack “with one of his mother's kitchen knives”.

Azimov's parents were released from custody on Tuesday after investigators found no incriminating elements during questioning.

The attack brings to 246 the number of victims from a string of apparent jihadist strikes against French targets since 2015.