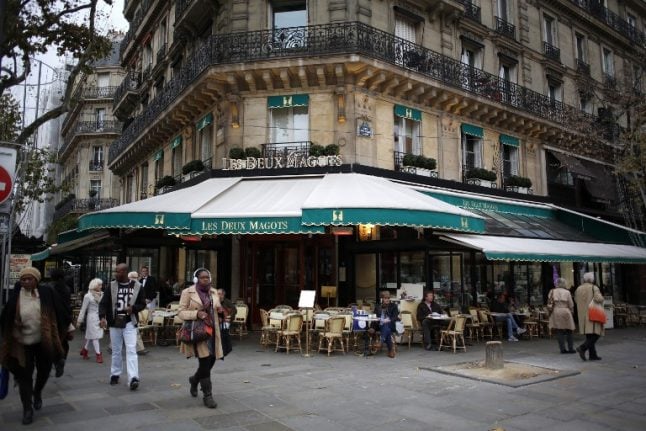 When you're an American in France, you can bet your bottom dollar that you're going to hear a few of the same old questions about your life abroad.

In fact, some are so common that retiree Albert Tune, who's lived in Paris for 20 years, has decided to answer them once and for all.

Over to you, Albert.

Do you need to speak French in Paris?

You’re likely to meet people who speak English in the tourist areas of Paris (where the French may be scarce), so don't be afraid to try. Young people are more likely to speak English while those older are often reticent to use theirs (this especially includes taxi drivers).

But it's always good to have a few go-to phrases ready, just in case. Start with bonjour. Do you feel the need to go back to the States often?

Only as often as necessary… otherwise, I try to survive on French cuisine, wine, café life, and joie de vivre.

Are there areas of Paris that are too dangerous to enter?

No more than you would find in New York City, Chicago, Miami, Los Angeles, Baltimore, St. Louis, or Detroit. Just ask your hotel which streets to avoid so you don't find yourself meeting any drug dealers, pimps and other unsavory types.

Are there parts of Paris to avoid at night?

I'd caution tourists not to go to the areas around Gare du Nord and Gare de l’Est train stations at night.

Do you feel homesick often?

Are you kidding? If I do pass a McDonald's, KFC, or Starbucks, all of which remind me of the US, any thought of home passes quickly when I think of how many delightful cafes there are to remind me how fortunate I am to be in Paris. Do you miss many American things there?

Of course there are some things I miss, like: American barbecue, New York and Chicago Pizza, hot dog carts, sales girls who greet you with an ear-to-ear smile, rude New Yorkers and their grumpy deli counter men, authentic Mexican food, and US custom agents who welcome you with a friendly greeting (but not according to my French wife!).

Is it expensive to live in Paris?

It depends upon your lifestyle, tastes, and expectations, and it also depends on which city you're comparing Paris to.

As the US dollar has been weak for years, many things will seem much more expensive in Paris, but you can still find reasonably priced things if you seek them diligently.  The check at a five-star restaurant could give you a shock, especially if it includes a fine wine. But don't forget you can spend hours at a sidewalk café for the price of an espresso. Aren’t you worried about terrorism?

Not really. The French are like other Europeans who recognize that terrorism is part of today’s world (particularly in large cities) and generally avoid the thought of it disturbing their everyday life. Vive la France!

Has tourism declined due to terrorism?

Tourism revenues suffered after terrorist incidents, but have more than recovered — similar to other major cities worldwide after such incidents.

What do the French think about US President Trump?

The attitude is generally negative, as it is among other Europeans. Historically Europeans favor having a US president with some foreign knowledge and political experience. Are there many other Americans around?

As France has 80 million foreign tourists annually and most are Americans visiting Paris, one is often approached in Paris by American tourists asking for directions or for translation help with their restaurant menu.

You’ll see them everywhere – and they are easily distinguishable (by sight and sound) from the native French.

How do the French feel about Americans?

The French generally like Americans and admire American things. They vacation widely across the US, have American friends and relatives, and many have attended schools in the US or have business, cultural or academic ties with Americans.

What made you retire or live there?

Paris is the most beautiful city in the world! There's a marvelous culture and the country is full of friendly, charming natives. There's great cuisine, mild weather, excellent art expositions, plenty of delightful vacation getaways nearby, and great social services.

What was the hardest adjustments to living in France?

The hardest things were having a healthier diet, learning the French wines, and adapting to the indifferent sales clerks who would rather not be bothered by you.

And lastly, what do you find better about France than the US?

While there are many cultural differences with the US, aside from learning French, many Americans are struck by the following; the great cuisine; excellent public transport; incredible high-speed express trains; much less crime and violence; excellent social services; more moderate (less extreme) weather; free/low cost excellent health/medical care; and many other things that you will learn the longer you stay.

Albert Tune is a retired executive from the Mid-West who has called Paris home for 20 years. He lives with his French wife and their two cats.