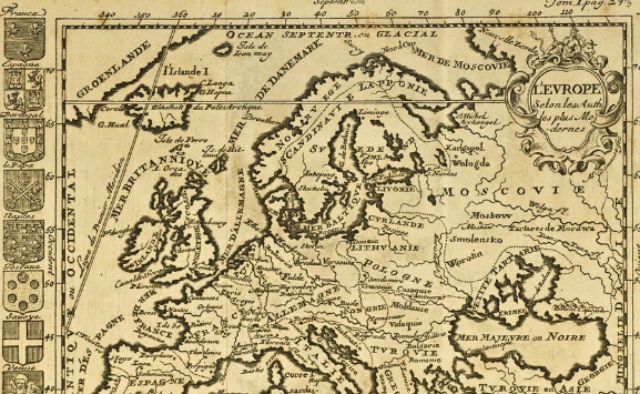 File photo: marzolino/Depositphotos
Investigators say the suspects, six men and a woman, honed a methodical scheme of presenting fake library cards in order to consult tomes from the 16th to 18th centuries in cities including Toulouse, Nancy and Lille.
They would then surreptitiously cut out the maps with craft knives, making off with historical prints worth an estimated four million euros ($4.7 million) between 2011 and 2013.
They were tripped up in 2012 when one of the accused was stopped and his car searched by Hungarian customs officers, who found 110 ancient maps, some of which had been stamped by the Toulouse public library in southern France.
Andras Katona, a self-described plumber, said he had bought the entire lot of maps — later valued at 450,000 euros — “at an Italian market from a gypsy who spoke 'Yugoslavian'.”
Hungarian officials alerted the French police, who determined the maps were indeed stolen from Toulouse.
The only suspect to admit taking the maps is Katona's cousin Karoly Forgo, 51, who has lived in southern France for the past 20 years.
He claims he acted alone after “powerful people” approached him about the job, but has refused to identify them during the trial, which began Monday in Bordeaux.
Prosecutors are seeking a five-year term for Forgo and sentences of two to three years for Katona, Forgo's wife Hedvig, and Gabor Dorogi, a drug addict who was convicted alongside Forgo for stealing freight consignments in Beziers, France, in 2013.
Tibor Szathmari, a 69-year-old antique dealer specialising in ancient maps, is facing seven years behind bars, while his associate, Pal Nagy, who claims to work at a Hungarian demolition firm, is facing six years.
Szathmari has denied the charges, though he has refused to clarify the source of his revenues — Hungarian investigators found two new 4×4 trucks and a Bentley valued at some 200,000 euros at his luxurious villa in Hungary.
“I've worked with antiques for half a century… I have hardly any money in my pockets,” he told the court this week.
Investigators have failed to determine where the maps were destined, though they suspect dealers in Britain and the US.