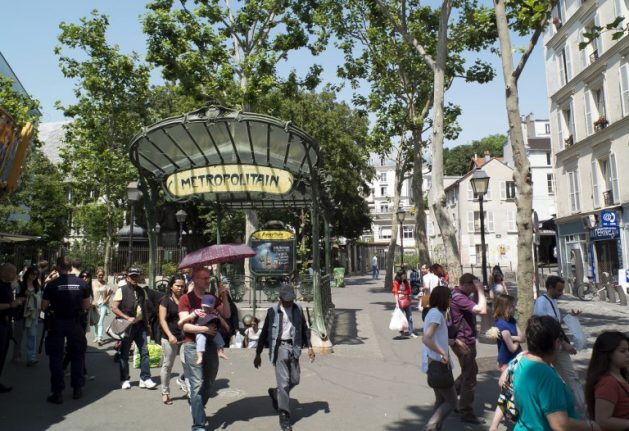 Photo: AFP
We might “always have Paris” as Humphrey Bogart once told us, but by 2050 it's probably going to look a little bit different… or at least its population will.
According to a new study published by French national statistics agency Insee, by the time we're half way through the 21st century, the number of people living in Paris will be about the same as it is now (2.23 million) but they will have aged and be living in different areas.
The agency predicts that there will be a 25.5 percent drop in the number of people living in the four central districts – the 1st, 2nd, 3rd and 4th arrondissements while the arrondissements around the edge of the city (all except the swanky 16th) will see a population increase.
The 12th arrondissement, a district that has become increasingly residential over the years, will be among those with the highest growth, with a projected 14.5 percent rise in inhabitants.
But as no doubt some will be relieved to know, not every arrondissement is set to change, with the 15th expected to remain the most populated. Photo: AFP
Aging population
INSEE estimates that in 2050, 20 percent of the population of Paris will be 65 or older, an increase of 30 percent compared to 2013.
While having an aging population is a national phenomenon, Paris is worse off than much of the country in terms of the facilities available for the elderly, particularly when it comes to nursing homes.
In fact, the reason behind carrying out the study was to work out how the city will need to change its services and infrastructure as a result of its population getting older.
“The amount of amenities reaches to little more than four places per 100 people,” said Insee.
This rate is much lower than in the rest of France, where the average availability is ten beds per 100 people aged 75 or over, the study showed.
Insee said that the country needs to double the number of available beds by 2050 in order to meet national demand, adding that the public authorities will need “to prioritise the development of assistive equipment for the home” in a bid to increase people's chances of staying in their own homes for longer.
These projections were calculated by taking into account fertility, mortality and migration levels however they Insee did not take into account influencing factors such as public policy that will also have an impact.
Another recent study (see link below) also shed light on ho the streets of Paris have changed in recent years.
While book shops and sex shops are disappearing rapidly they are being replaced by cafés and mini supermarkets, the study showed.
READ ALSO: