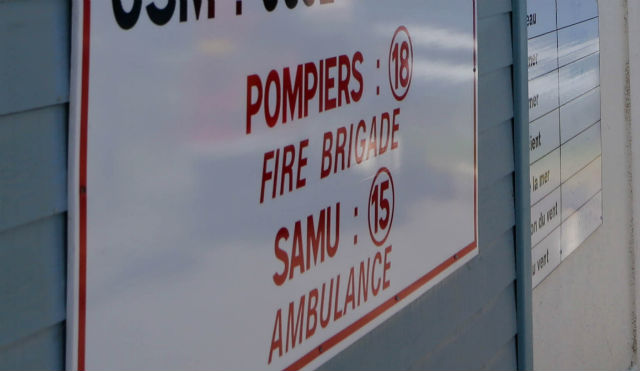 The tragic case of a young woman who died in Strasbourg last week after trying to get medical help by calling the emergency services and died in hospital a few hours later, has sparked a new debate about France's confusing amount of emergency telephone numbers and the need to simplify the process.
The government has said it is time to speed things up and think about having one single number where callers can cal on the help they need.
“We need to have an open discussion about having one unique number from where calls could be dispatched, we're thinking about it,” government spokesman Benjamin Griveaux told French radio earlier this week.
“We have to move faster on the matter. When a tragedy like this happens, the entire country is upset and it is important to find a solution, both for those who work in the emergency services and to reassure the French population,” he added.
Unlike most of its neighbours and the US, France does not have one single number to contact emergency services such as the fire fighters, police and ambulance services.
There is no single number like the US's 911 or Britain's 999, instead it has ten numbers people can call to get help.
Most people know only a few by heart and French children learn them at school: 15 will get you through to the 'SAMU', the French emergency medical services, 17 to the police and 18 to the fire department which as it happens can also deal with medical emergencies.
According to reports the French government said it was thinking about bringing health, social and first aid emergency services under one number and security and police under another.
READ ALSO: What to do if you have a medical emergency in France The problem is getting through to the right number right away, as the case of Naomi Musenga who was bundled from one number to another after complaining of a stomach ache, illustrates.
“France is often commended for the quality of its health system, but the sheer quantity of emergency numbers it has is a real problem for some people,” French radio Europe1 writes.
And the move could get support from firefighters who back in 2015 voted for 112 – the emergency number that functions throughout EU, to be introduced as the single emergency number.

“The emergency numbers are blooming and the citizens don't understand anymore,” Eric Faure president of the national federation of firefighters (FNSPF) told his members .

For him the move to one emergency number would help improve “clarity, inefficiency as well as cost savings.”

In fact estimates by the federation suggest as much as €100 million could be saved each year on operating expenses.

“Earlier this year the new number 196 was created for maritime rescues. It annoyed us. When we should have one common number they are creating more,” Firefighter chief Eric Flores told the FNSPF congress earlier this month.

“The FNSPF believes that the proliferation of emergency numbers in France is confusing for the public and is counterproductive,” it said in a statement.

The federation “believes that 112 has become the only emergency number in France.”

At the moment there are around 100 emergency control centres dealing with calls to firefighters on 18, that's added to the 400 operated by the police, gendarmes and Samu throughout the country.

By housing control centres under the one roof the FNSPF believes the response times can be cut and information between the different authorities can be better shared.

Below is a list of France's current emergency numbers:
15: Medical emergency ('SAMU')
17: Police
18: Firefighters/Medical emergencies
112: EU emergency number, which will redirect you to the firefighters or the SAMU
114: For the deaf or people with hearing difficulties
115: Humanitarian emergency services ('SAMU social')
116 117: Doctors on call
119: Childline
36 24: Emergency doctors (SOS Medecins)