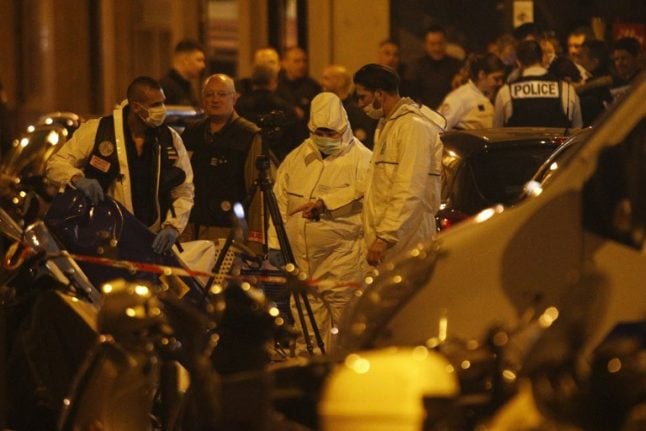 “We're like a family,” said Ismael, the treasurer of the Caucasian Association of Strasbourg, a city in eastern France with a sizeable Chechen population.

“If someone, a Chechen does something wrong it affects everyone. It's not a nice image for our community.”

Two days after Khamzat Azimov, a 20-year-old naturalised Frenchman who grew up in Strasbourg, killed a man and wounded four other people in a central
Paris district before police gunned him down, several members said the French Chechen community was in shock.

“Chechens are decent people,” said Chechen refugee Naourbek Chokuev. “In their religious practice they seek honour and truth… not to harm others.”

Chokuev, 51, fled to France in 2002 while the second of two bloody separatist wars was raging in the small Russian republic in the southern Caucasus.

The conflict gave birth to a fierce Islamic insurgency that would eventually produce fighters who would join other militant groups, including the Islamic State group, which claimed responsibility for Saturday's attack in Paris.

The number of Chechens in France is impossible to determine because they are part of the overall Russian community. Some have been naturalised, such as
Azimov and his mother.

The French Office for the Protection of  Refugees  (Ofpra) says around 15,000 Russian refugees live in France including many Chechens.

Many are in Paris and eastern France, notably in Strasbourg which hosts the European Court of Human Rights.

France's Chechens are sensitive to being associated with compatriots who have joined IS.

A source at France's DGSI intelligence agency said 10 percent of French nationals fighting in Iraq and Syria have been of Chechen origin.

“Recruiters are attracted by the profile,” said Anne Giudicelli, director of a risk consultancy, Terrorisc. “Chechens have a reputation as strong, loyal
and violent.”

Azimov's killing spree “has affected us a lot,” said Bekhan Verigov, president of a support group in the nearby city of Nancy, home to between 100
and 200 Chechen families.

“Azimov does not represent Chechens,” he said. ” Most fled their country precisely because of the war, because of terrorism.” 'They stick to themselves'

“The Chechens stick to themselves… helping each other,” said a former neighbour of the Azimov family in the working-class Strasbourg suburb of
Schiltigheim.

For Chokuev, who teaches French to Russian-speakers in Strasbourg, “the hardest part is the language barrier (which) makes integration and access to
work difficult.”

A middle-school teacher in Strasbourg says his Chechen pupils are often “tough kids” who have seen war. “They're afraid of nothing and often good at
sports… some are excellent students.”

Bruno Studer, a local MP, said he had observed some members of the Chechen community become radicalised “but there are also exemplary families in their
attitude towards France.”

In the southeastern Riviera city of Nice, an imam who represents the Chechen community told AFP: “It's difficult for us today because there are young people who are manipulated.”

After Chechnya's back-to-back wars in the 1990s and early 2000s, “Chechens had no psychological rehabilitation,” said Said Emin Ibraguimov, a former government minister who fled to Strasbourg in 2001.

He blamed the vulnerability of the youth on a lack of cultural organisations for the Chechen diaspora.

“Anyone can tell them 'so many Chechens were killed in the war, now it's time for revenge!”