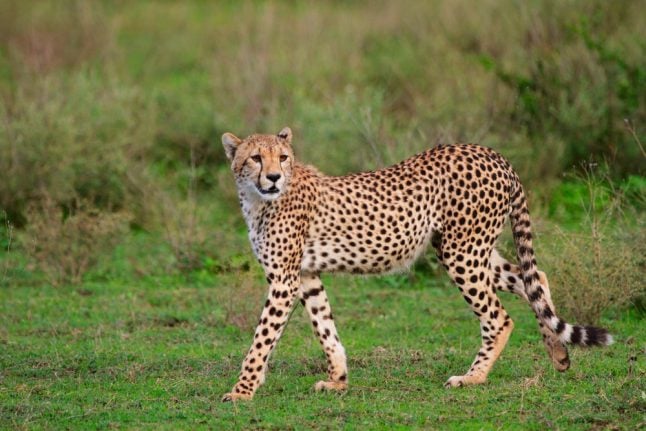 In the video, taken on Monday in the Beekse Bergen Safari Park, the family are seen fending off two excited cheetahs after safety warnings.

Identified as French by Dutch media, two members of the family people run down a grassy verge back to the car as a cheetah runs past them to join another of the big cats that appears to be chasing the small child.

The woman then scoops up the child up before herself making it back to the car followed by another member of the group.

The hair-raising encounter was filmed by Robin de Graaf who was also visiting the park in the south of the country.

On Friday, his video had been seen more than 2.5 million times.

The management of the park said there were many “very clear” signs telling visitors to stay in their vehicles at all times.

It described the incident as “exceptional”, adding that it fortunately ended well for the family.