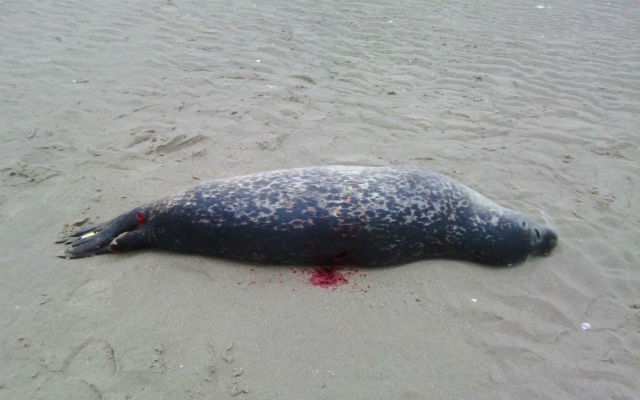 Three seals that appear to have been intentionally killed have been found in recent months on the Côte d'Opale, a picturesque spot along the north coast of France.

And international NGO Sea Shepherd has offered a €10,000 reward for information that leads them to the suspected seal killers.

The group has doubled its reward from €5,000 from earlier this year.

The seals were found near Le Tourquet in northern France. Photo: GoogleMaps

Two of the seals were found with gunshot wounds, reported the Nord Littoral newspaper. Tests revealed the bullets had been fired using a hunting rifle.

The third seal appeared to have been suffocated.

And Sea Shepherd fears that more seals may have met a similar fate.

“We don’t always find the carcasses and there’s not always an autopsy,” the regional head of Sea Shepherd, Lamya Essemlali, told the paper.

“But as far as we know, there aren’t similar cases on the other beaches in France, this is specific to the northern shore.”

But who is killing the seals?

While the Sea Shepherd team remain unsure of the perpetrators, they harbour suspicions.

Their prime suspects are a group of fishermen who’ve set up an anti-seal collective, due to the fact that the seals deplete the local fish resources.

“This anti-seal collective may or may not be directly responsible for poaching, but it is certain that it is responsible for a climate of hatred and resentment towards these animals,” Essemlali told French radio channel Europe 1.

The president of the anti-seal collective, Fabrice Gosselin, strongly rejected the accusation.

“What nonsense,” he told Europe 1.

“I find it hard to believe that this is the work of a fisherman. Trying to accuse us of killing the seals is utter folly. The €10,000 reward should go to the penniless migrants in Calais. They need the money more than the seals do.”

Sea Shepherd is urging those with information about the seal killings to get in contact here.