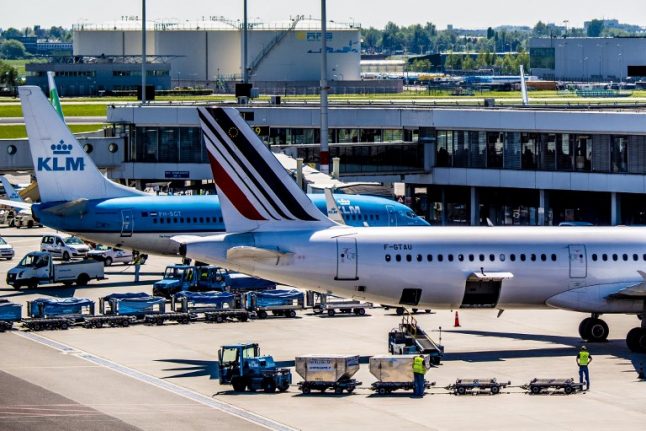 Air France-KLM boss Jean-Marc Janaillac abruptly announced his resignation  Friday after staff at the French carrier rejected a pay deal, which had been aimed at ending months of costly walkouts.

Staff and unions at KLM, which merged with the French company in 2004 to create Europe's biggest airline, have however been left helplessly on the
sidelines, angered by the drama across the border.

Once again, the crisis has helped to highlight sharp cultural and social  differences between the two countries, with Dutch workers rarely resorting to
bitter conflicts with employers.

“Asking for a raise from the top of the barricade and waving a flag is absurd,” said Robert Swankhuizen, head of the Dutch Association of Aviation
Technicians (NVLT).

In line with the Dutch approach to labour relations, he backs “compromise”  and told AFP he believes “things can always be resolved by discussing them calmly”.

He qualified Janaillac's departure as “stupid” in the eyes of KLM staff,  adding under his stewardship the company “has prospered. He will be missed by the group. He was always very open”.

Air France shares went into a tailspin on the Paris stock exchange Monday, closing 9.8 percent lower on the day.

They lost another 0.7 percent on Tuesday.

The chaos at Air France is a bitter pill for KLM, which has seen its own profits drained by its French partner.

Added to that, staff and management at Air France have been locked in the pay dispute since February — at a cost of another 75 million euros.

The French government has steadfastly ruled out coming to the aid of the country's flagship carrier, but Transport Minister Elisabeth Borne did discuss the situation late Monday with her worried Dutch counterpart, Dutch media reported.

French unions are demanding a 5.1 percent wage increase in 2018, after a six-year salary freeze. The offer rejected by 55.44 percent of Air France workers was for a 7.0 percent pay rise, but spread over four years.

“These demands are irresponsible. The unions have to shoulder their responsibilities,” insisted Swankhuizen, adding the “strikes are weakening” the company's position.

“Gulf companies are just waiting to jump in and grab parts of the European market,” he said, “so how far are we going to let the situation go?”

“We've been taken hostage, and have become the fall guys,” he added.

A leaked study in July of 50 managers carried out by French and Dutch unions revealed a deep distrust between the two airlines, fuelled by often petty grievances and cultural differences.

Each side complained the other only looked after their own interests.

But cultural differences “are common in any marriage, and even bigger when it's a union between two large international groups”, said Leen van der List, head of the aviation section of the largest Dutch trade union FNV.

“Both workers and management have to put forward those people who know how to build bridges,” he said, insisting “progress must be made”.

Even if the first flush of wedded bliss has faded, the Dutch are not planning to seek a divorce.

“This union is necessary for both sides. We are annoyed, but without this marriage we would no longer be here,” said van der List.

“We may complain and tap our feet, but our companies are completely linked. And we mustn't forget that KLM has become what it is, thanks to this merger,” added Swankhuizen.

Even if KLM did want to fly off alone into the sunset, it doesn't have that choice, said Jan-Willem van Dijk, head of the KLM work's committee.

“The merger of the two groups in 2004, was in fact more of a buyout. Air France is the boss,” he said, quoted by the leading Dutch daily De Volkskrant.

And for Swankhuizen it's clear. “The French state will never let go of the goose which lays the golden eggs.”