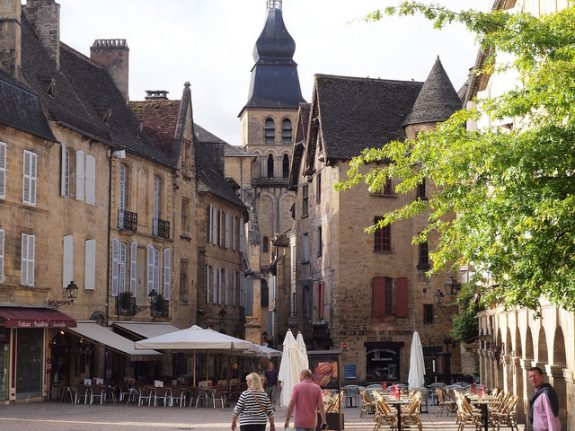 It may sound like a marketing campaign to re-launch U2’s 1987smash hit, but Sarlat is – and has been for the past seven centuries – the town where the streets have no name.

Up until recently, that hadn’t been a problem for its 10,000 inhabitants, who enjoy a peaceful life in one of the best-preserved 14th century settlements in the whole of France.

As far as we know, postmen in Sarlat have also managed to deliver mail just fine without official addresses to go on.

It’s the arrival of modern technology and lightening fast internet speeds that has spurred the change.

French telecoms companies have told authorities in this Unesco-nominated settlement in central France that the only way they can install the fibre-optic cabling they’re after is if they have an official registry of street names as guidance.

American entertainer and later French Resistance agent Josephine Baker is said to feature in a few of the townspeople’s requests, given that the heroine lived at the nearby Chateau des Milandes and already has a museum named after her in Sarlat.

The late Lieutenant Colonel Arnaud Beltrame, who took the place of a hostage and was gunned down during a jihadist attack on a supermarket last March, is also on the cards to have a street named after him.

Local gastronomic specialties will no doubt get their place on Sarlat’s stone walls as well.

Up to 280 names have been accepted into the final round. Sarlat is famous for its Fest'Oie Festival, a goose-themed gastronomic event. Photo: AFP

Even though numbering each building and home in the small, narrow streets of Sarlat is proving painstaking, authorities are convinced it’s the right move.

“There are other perks to this too, “ Sarlat Town Hall representative Laurent Delmas told France TV Info.

“It will help tourism and when it comes to GPS guidance, especially for emergency services who need to know how to get to places as quickly and easily as possible.”

“It’s also practical to have an address when it comes to receiving parcels and letters.”