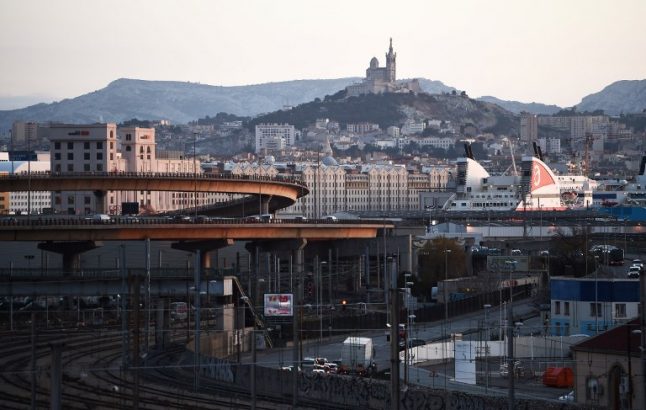 Photo: AFP
Anyone who has been to the southern port city of Marseille or indeed Provence and heard the locals speak might have wondered whether they were still in France.
So strong is the accent in the Mediterranean city and the surrounding region that even confident French speakers can have trouble understanding people.
But while the rest of France might mock the Marseillaise for the way they talk (see video below), the locals are fiercely proud of their accent.
The site My Provence puts it like this:
“It's lyrical, endearing and funny – just like the people of Marseille! We have a strong accent and we're more than proud of it. It's our signature and when people hear it, they know exactly where we're from…”
But some language experts believe we might be hearing the accent less and less in future.
Sociolinguists think that the Marseille accent is becoming more neutral and point the finger of blame at tourism and globalisation.
In a five-year study published in the journal Langage et Société, researchers looked at the relationship between native Marseillais and 'néo-Marseillais', people who have moved to the city and influence local accent with their own more neutral French accent.
According to Médéric Gasquet-Cyrus, who co-directed the study, these 'néo-Marseillais' pick up aspects of the local lingo, but pronounce it with their own, more neutral accent. This in turn can get picked up by the locals, particularly young people.
“In particular, there are new neighborhoods, spaces that have changed, and which welcome new populations who are not Marseillais”, Gasquet-Cyrus said.
“People with the Marseille accent can feel insecure when ‘néo-Marseillais’ arrive with a more neutral accent,” he said. “This can make them reduce their accent, whether consciously or not,” he told The Local.
Local expressions like 'dégun' (meaning 'nobody'), which officially entered the French dictionary this year, can get twisted into 'dégain', he told Libération.
READ ALSO: Marseille has become an increasingly desirable place to live in recent years. The city was named European Capital of Culture in 2013 and of Sport in 2017.
Its accent has a reputation for being difficult to understand for foreigners.
“You have to remember that a century ago most people in Provence didn't speak French, but Provencal,” Philippe Blancher, linguistics professor at Rennes university told the BBC. “The inhabitants learned French as a foreign language and kept the pronunciation of the original – Provencal.”
The Marseille accent has evolved from the 'Provençal maritime' dialect, spoken around the Mediterranean coast in the 14th century when many French regions had their own languages.
So bread and wine is not “pain” and “vin” but “pang” and “vang”. And every syllable is clearly pronounced, including a final “e”, so “France” becomes “France-er.”
But fans of the Marseille accent need not despair. The study's co-director doesn't think it will die out.
“I think regional accents will always exist,” Médéric Gasquet-Cyrus told The Local. “In Marseille, there is a kind of resistance where people say, ‘We have our accent and we want to keep it’.”
But some locals say dropping their Marseille accent can help them to fit in.
“People often tell me they can't hear my accent at work or at important meetings outside of Marseille,” Emma-Bahia, who has always lived in the city, told The Local.
For Emilie, who moved to Marseille aged 12, demographic change is forcing 'native' Marseillais out of the city centre and the local accent goes with them.
“Ten years ago, the Marseille accent was very present,” she explained Emilie. “But now, with the gentrification of the city, the 'real' Marseillais have been pushed out into the suburbs.”
“The Marseille accent is a way of telling people apart – the 'real' and the 'fake' Marseillais, if you like.”
By Charlotte Mason