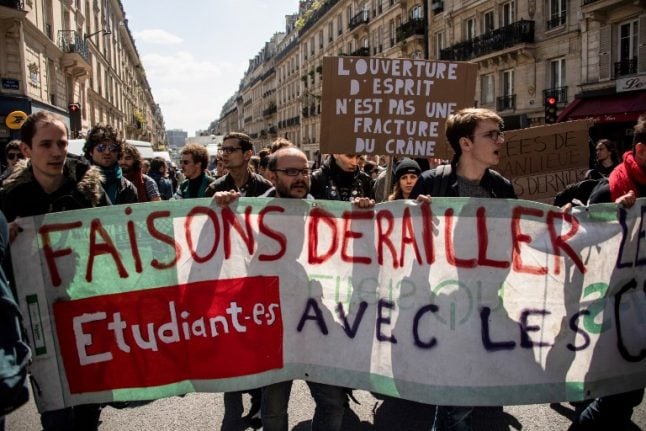 Students take part in a demonstration near the Ecole normale superieure (ENS) school on May 3, 2018, in Paris. Photo: AFP
The Ecole Normale Superieure in Paris is the latest of numerous universities across France to face sit-ins against President Emmanuel Macron's shake-up of the education system.
At present, anyone who graduates from high school is guaranteed a place at a public university, but Macron's government wants to introduce more selective
criteria to tackle overcrowding and high dropout rates.
Protesters say the plan is an attack on France's egalitarian tradition of offering a public higher education to all.
But Prime Minister Edouard Philippe expressed amusement at the idea of students at the “Normale Sup'” — part of a separate tier of highly selective top universities known as “grandes ecoles” — joining the movement. Photo: AFP
“It's quite charming, given the extremely selective nature of the Ecole Normale Superieure,” he said.
“But that's how it is, and I'm following it with great interest.”
Founded during the French Revolution, the Normale Sup' counts giants of French philosophy including Jean-Paul Sartre and Michel Foucault among its alumni.
Riot police could be seen outside the campus on Thursday after protesters — several dozen, according to students — began their sit-in following a meeting on Wednesday night.
All classes were cancelled, and the university's director Marc Mezard asked students living in nearby halls to stay away as staff could not “totally” guarantee their security.
Photos taken by students before the campus shutdown showed graffiti scrawled across corridors and smashed doors, scenes similar to those at other university sit-ins in recent weeks.
The occupiers included students and alumni as well as some outsiders, according to students at the scene.
The government has accused anarchist groups of infiltrating the movement that has disrupted work at universities across the country just as students
are preparing for their summer exams.
Three of France's 73 public universities are currently blocked completely — in the cities of Toulouse, Rennes and Nanterre — though this is down from
a height of around 15.
Some faculty buildings at other universities also remain occupied and protesters at another prestigious Paris school, the EHESS social sciences school, began a sit-in this week.
The student protests have added to a mood of discontent in France among various groups opposed to Macron's reforms.
Thursday saw the latest of a wave of strikes launched in early April by rail workers protesting against Macron's planned overhaul of state operator SNCF.
But the train strikes, like the student protests, have lost some steam in recent weeks, with the scale of the disruption easing.
Half of high-speed and suburban trains were running Thursday, up from around an eighth at the beginning of the walkouts.
READ ALSO: 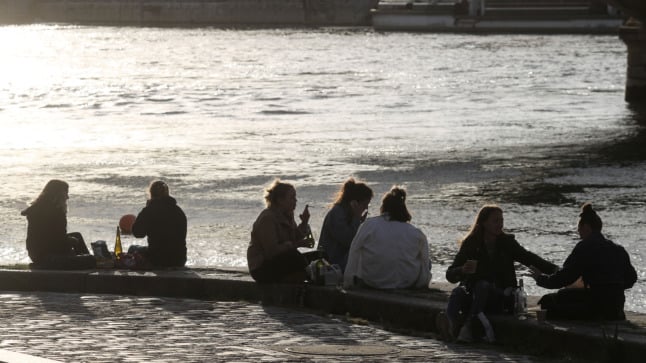 MONEY
Eight ways to save money in France as a student
Url copied to clipboard!