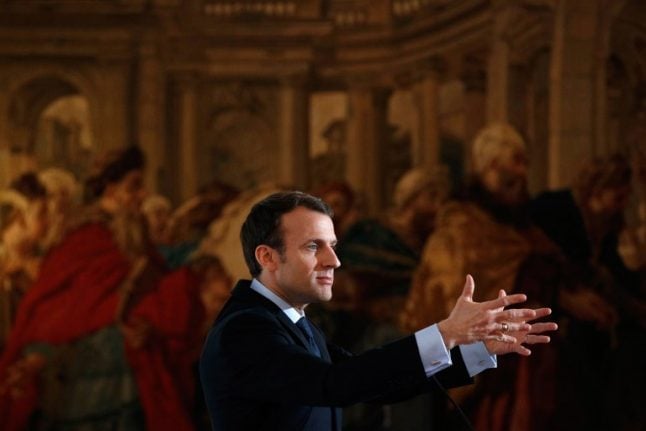 Photo: AFP
The levy was introduced in 2012 under former rightwing president Nicolas Sarkozy to try to dissuade wealthy French entrepreneurs or investors from moving their money or assets out of the country.
At the time, many millionaires were fleeing France for neighbouring jurisdictions with lower income tax rates such as Belgium.
Macron told Forbes magazine in an interview published Tuesday that he would scrap the tax next year.
“People are free to invest where they want. If you want to get married, you should not explain to your partner, 'If you marry me, you will not be free to divorce,'” Macron told the magazine.
“I'm not so sure it is the best way to have a lady or a man who loves. So I'm for being free to get married and free to divorce.”
The move could prove controversial for Macron, who has been labelled the “president of the rich” by his opponents after introducing a series of measures designed to encourage entrepreneurs.
These included scrapping a special wealth tax on high-earners in this year's budget and creating a “flat tax” of 30 percent on all financial income including dividends.
Macron insists that he needs to lower the country's tax take, one of the highest in Europe, to make the country more attractive for investors as he seeks to lower unemployment from its current rate of around 9.0 percent.
He also told Forbes that he would stick with reforms to the public sector, particularly the state rail operator SNCF, despite ongoing strikes.
“Perhaps some of them will want to organise strikes for weeks or months. We have to organise ourselves,” he said. “But I will not abandon or diminish the ambition of the reform because there is no other choice.”