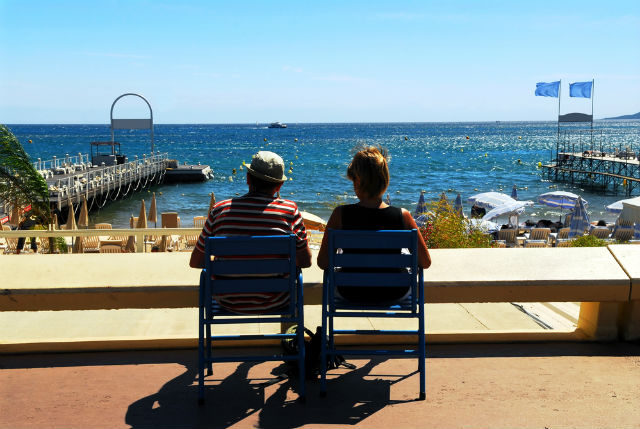 Photo: elenathewise//Depositphotos
It turns out the rumours are true — people living in the area of France which includes the lavender fields of Provence, rolling vineyards and the French Riviera are happier than the rest of the country.
At least that's according to one survey.
The study, conducted by French pollsters Ifop and published in Le Parisien weekend magazine after the idea was suggested by the president of the regional council Renaud Muselier, revealed that 87 percent of people in PACA are “quite” or “very” happy to be living there.
That's 22 points above people in the rest of France.
And while the sunny weather is no doubt a contributing factor, Muselier was keen to point out that “it's not only that”. Photo: AFP
“The survey shows that in PACA the population is more satisfied than the rest of the French with the number of shops, proximity to services, access to public transport and healthcare,” he told Le Parisien.
But it wasn't all good news for the region.
While the study revealed that the region's inhabitants are 79 percent “mostly satisfied” with the number of shops and local services, health services (75 percent), cinemas and museums (71 percent) and the air they breathe (64 percent), it also highlighted some of its problem areas.
For example, 67 percent of those surveyed blasted the high cost of housing, 57 percent complained about traffic conditions, and 69 percent said that employment was an issue.
To improve “the level of well-being”, 90 percent of people said they would need a “better income” and 81 percent would like more free time and a cleaner sea would also be necessary.
The survey was carried out by telephone, from March 8th to 10th and covered a sample of 1,004 people aged 18 and over.
READ ALSO: