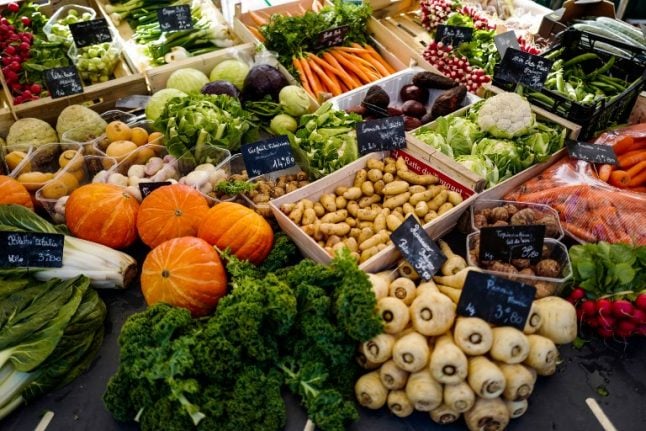 At least part of France's appeal to foreigners is its legendary quality of life, the magic result of great food, one of the world's best healthcare systems, spectacular outdoors to enjoy and a healthy respect for leisure time.

But is that reality or fantasy? How healthy is life in France day to day, especially as a newcomer? We want to hear from you.

French food: too much of a good thing?

The French pride themselves on knowing how to eat, which makes France one of the easiest places in the world to find freshly made food or the top-notch ingredients to cook it. Are you a convert to French cuisine and local, traditionally produced food? Do you obsess over terroir, do you know the farm where all your vegetables are grown and are you on first-name terms with your fishmonger?

Let's face it though, France is better known for its meat and cheese than its salads. All that charcuterie and steak tartare is high in flavor but also in fat, salt and nitrates, and doctors fear it could raise your risk of cancer. Other studies suggest that fatty fromage can be as addictive as drugs. Maybe your cholesterol levels testify to how tough it can be not to overindulge.

Perhaps you've changed not just what you eat but how you eat it, too. Traditionally the French stick to consistent mealtimes and keep snacking to a minimum: do you follow their three-a-day rules? Many in France like taking their time to eat, even (or especially) when it's a workday lunch. It's possibly healthier and certainly more civilized than scarfing a sandwich on the go. Perhaps you've also come to appreciate eating several smaller, balanced courses rather than one super-sized main.

But how relevant are the old customs today, anyway? There's plenty of evidence to suggest that people in France today are eating more processed foods and ready meals, just like the countries you may have left to come here. Especially if you don't live with any French people, has moving here really made a difference to the way you eat?

READ ALSO: Why the French aren't eating quite as healthily as you thought The French rank among the world's heaviest drinkers and, with an alcoholic heritage like theirs, it's not hard to see why. Apéritifs before dinner, wine with it, a digestif afterwards: has French drinking culture got you consuming more booze than you used to?

Or maybe you drink better but less. Not for nothing is there no word in French for binge drinking except, well, le binge drinking.

Just how good is French healthcare?

France's healthcare system has long been held up as a model of how a country should look after its residents. Americans in particular may be thrilled to gain access to high-quality, specialized care without having to remortgage the house, while many Brits appreciate the extra choices that come with national health insurance.

But that doesn't mean French healthcare is perfect. The system has been criticized for focusing on treatment rather than prevention, and some say it's too reliant on drugs alone, especially for psychiatric conditions.

That's not to mention the factors that might put foreigners off making the most of France's universal healthcare. Are you intimidated by the paperwork, unsure what you're entitled to, or have you struggled to find an English-speaking doctor?

READ ALSO: How healthy is the French health system? Have you picked up any unhealthy habits?

It's an old stereotype that France is a nation of smokers, and depending on when you moved here it may or may not ring true. Do you remember the days when every café smelled like an ash tray, or did you arrive post-ban when smokers were banished to the pavements outside?

Ban or no, the French continue to smoke more than other EU countries, especially young people. For newcomers, joining classmates or colleagues for a ciggy break can be one of the simplest ways to fit in.

Do you “social smoke” since moving to France? You wouldn't be the first to take up smoking for fear of missing out on all those conversations conducted over an outdoor cigarette.

Which way does your work-life balance tip?

Come to France, they said, you'll only work 35 hours a week and you can have the whole of August off. While the benefits that other nationalities envy still apply to many workers in France, overtime is not illegal, six weeks of paid leave are not mandatory and yes, you can be fired.

It all depends on what industry you're in, your company, position and employment status. Maybe as a foreigner you even feel you have to put in extra hours to prove yourself.

Even so, many people find that France's strong unions, state-subsidized child care and general acceptance that your job doesn't have to be the most important thing in your life make it easier to juggle the demands of work, family and free time. Have you been disappointed or relieved by your work-life balance in France?

READ ALSO: How quality of life improves when you move to France Are parts of France healthier than others?

Sure, so if you move to the south you might spend all your time swimming, sailing and surfing, but what if you live in or around Paris, like hundreds of thousands of France's foreign residents? Green space is at a premium in the capital and its air quality is notoriously bad, even dangerous. The streets are dirty, apartments are cramped and commutes can be long and draining – hardly la douceur de vivre.

READ ALSO: Where in France has the cleanest and dirtiest air?

That said, perhaps you take advantage of France's rail network to escape from the big smoke to the abundant French countryside, mountains, lakes or coasts. Or perhaps you just keep fit like a Parisian: by racing for the métro and traipsing up six flights of stairs.

Is being a foreigner in France stressful?

Health is mental as well as physical, of course, and worrying where your next visa is coming from, struggling to find a job or place to live or simply feeling lonely isn't good for anyone's wellbeing.

In the past our readers have told us that they've found French bureaucracy draining and illogical, the people rude and unfriendly, and salaries lower than in other countries.

READ ALSO: Why I have fallen out of love with France

What's your experience: has living in France driven your blood pressure up? Or does the lifestyle agree with you better than where you left behind?

And what's your advice to anyone hoping that moving to France might make them healthier and happier?

If you would like to propose an idea for the Members' Forum or even write a piece for members to read, please email [email protected]