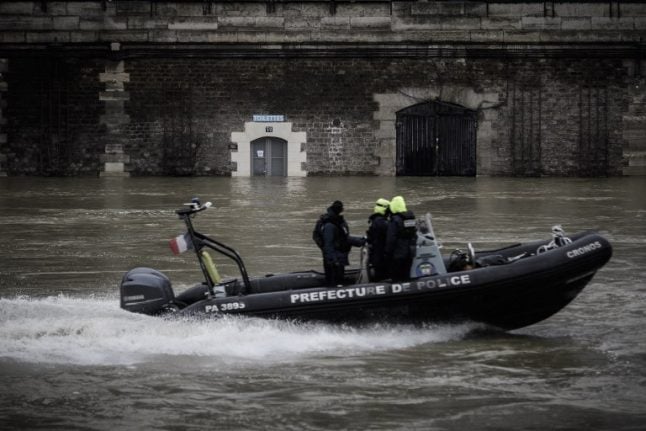 Illustration photo of police on the River Seine in Paris. Photo: AFP

The police diver, Amandine, was 27 when she died during a training exercise in the river near Notre Dame Cathedral on January 5th.

According to French newspaper Le Canard enchaîné which had access to the police enquiry into manslaughter, the instructor leading the exercise had ordered Amandine’s safety line to be let go of in order to recover the diver sent to rescue her.

And French police union Unsa, who also saw documents from the enquiry, says that this was not the right decision.

“The lifeline of the diver was dropped in defiance of the protocol,” Unsa representative Nicolas Pucheu told Le Parisien.

“The diver who was sent down to help her had no air cylinder. She got into difficulty in the rough current and unbearable conditions, and had to come back up to the boat.”

“Amandine was sent into the Seine with about 40kg of equipment and did not manage to inflate her life jacket,” he added.

Nicolas Pucheu also told France Bleu on Wednesday that her life jacket was faulty. Paris authorities had issued a warning asking people to stay away from the Seine on the day Amandine died, as the river had burst its banks.

The police union has also criticised the Paris prefecture for allegedly refusing help from an elite squad to find Amandine’s body, which has not yet been found. Amandine’s family have accused the police of a cover-up and have begun legal proceedings.

“They hid the truth from us,” her mother told Le Canard enchaîné. “At no time did the police tell us that a mistake had been made, that the instructor had given orders to let go of the safety line”.

Amandine had been qualified to dive for three weeks, Le Parisien reported.

In February, the Paris Public Prosecutor opened an enquiry into manslaughter.

The Local contacted the Paris prefecture for comment on Wednesday but has not yet received a response.