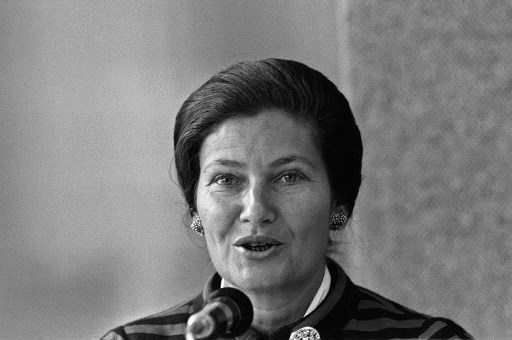 Veil is best known for leading the successful campaign to legalize abortion in France, back in 1975. Photo: AFP

Since her death on June 30th 2017, tributes have poured in from across France and the world to celebrate Veil’s extraordinary life, a politician lauded as a true women’s rights champion.

President of the Île-de-France region Valérie Pécresse announced on Wednesday that Veil – who received a state burial at the Pantheon in Paris as tradition dictates for France's most iconic figures – would be honoured with another symbolic gesture by Paris authorities.

“I have decided, in agreement with her family and the Paris Transport Association (RATP), to change the Europe metro station in Paris to 'Europe-Simone Veil', in tribute to the first woman president of the European Parliament,” Pécresse tweeted.

Paris metro’s Europe station is located in the heart of the capital’s 8th arrondissement, not far from Gare Saint-Lazare.

Voted France’s most admired woman in a 2015 poll, Veil is best known for leading the successful campaign to legalize abortion in France, back in 1975 when she was France's Minister of Health. She faced extremely tough adversity during the pro-abortion campaign, which saw opponents send her threats, painting swastikas on her car and on her home, and comparing abortion to the genocide of the Holocaust.

Those comments would have been particularly painful for Veil, who was deported from France in her teens to the Auschwitz-Birkenau concentration camp.

She was at Auschwitz and later Bergen-Belsen with her mother and sisters, but her mother didn't survive. Veil has said that when times were at their toughest later in life, she drew strength from the memory of her mother.

Veil later became the first female president of the European Parliament, where she served for three years, before returning to work for the French government again.

Veil's 70 years of work has been recognized far and wide, and she has been been recognized with an honorary damehood from the British government, and in France she was awarded the Grand Cross of the Légion D'Honneur, among many, many other awards.