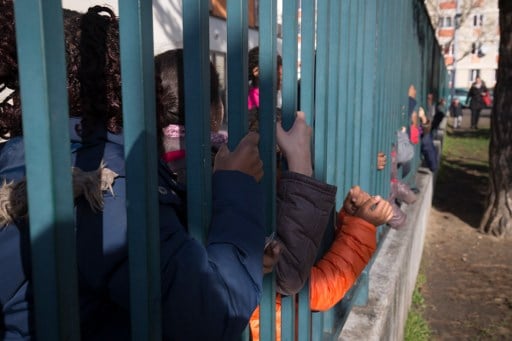 Since his election campaign, Macron has vowed to tackle this social crisis, condemning the “house arrest” that many young people face in the banlieues, held back by poverty, unemployment and crime.

In charge of devising a blueprint for Macron’s banlieue action plan was former centrist minister Jean-Louis Borloo (pictured below to the right of Macron), a report that’s been keenly awaited by campaigners who accuse Macron of overlooking the plight of the poor in his first 12 months in office. The 60-page report lists 19 programmes to kickstart major social change in these deprived areas. Here are some of Borloo’s most groundbreaking plans for equal opportunities for France’s banlieues.

An academy of leaders

In order for residents of France’s banlieues to have better access to senior civil service positions, Borloo is pushing for a Leadership Academy to be annexed to Strasbourg’s prestigious National School of Administration (ENA).

Five hundred of the best and the brightest from France’s disadvantaged neighbourhoods would be offered unprecedented access to important state positions and thus counteract the current “homogeneity of ENA’s graduates”. “We miss out on extraordinary talents from these neighbourhoods,” Borloo has said of the current system. As a way of offering disadvantaged children support throughout their upbringing, Borloo wants the French government to create mini school cities that have a health centre, a school, a community centre and recreational facilities all under one roof.

According to the report, current programmes to help banlieues children at risk are underfunded and underresourced, the hope being that this overhaul could help 150,000 children every year.

Approximately 120,000 social housing buildings including 100,000 condominiums are classified as at risk, be it because tenants can’t pay the rent or because their homes have fallen into severe disrepair. Borloo is asking for increased funding for the complete revamp of these decaying homes to be guaranteed, as promised by Macron, who pledged  to double a 10-year fund for urban renewal to 10 billion euros.

The blueprint report also suggested a special task force of magistrates and other legal staff be created to more effectively expropriate or buy back between 3000 and 5000 of these derelict properties per year.

One of the highlights of the report is a €1 billion plan to build 200 digital campuses in France’s banlieues as a way of ensuring young people from poorer backgrounds are digitally literate. Borloo referred to them as “an unimaginable resource pool” for the growing demand in digital employment, arguing that France’s younger generation is innately tech-savvy. He wants these campuses, which would receive an annual €200 million investment, to offer everything from long-distance degrees, to hands-on training as well recruitment agencies for public and private.

To address unemployment in France’s banlieues, Borloo want to first train 100,000 people to work in personal and home care services, as well as 5,000 annual recruits to the Armed Forces.  His report has also suggested temp work agencies take part in a test to see if they could create 20,000 full-time posts for residents of priority neighbourhoods.

Borloo is also calling on a law which makes sure private companies offer 1.5 percent of apprenticeships to residents of France’s poorest suburbs within the next two years, and the creation of 50,000 state jobs for them as well in the next three years.

The third strategy sees the support and tutoring of young people relating to networking and job banks.

In his report Mr Borloo argues that banlieue residents are “often isolated in every walk of life”, calling on both state and local authorities to improve transport connections for France’s poorer neighbourhoods.  He suggests a “fair” transport system as a means of better urban cohesion in cities and wants every area to have at least a soft mobility plan that includes carpooling, bike rental and driving license assistance.

216 new Marianne social housing complexes will be built in poorer neighbourhoods across France and entrusted to women’s rights groups, if the proposed measures go ahead. The report also wants 100,000 women from banlieue zones to have better access to employment and vocational training. As an added support for mothers, 30,000 new crèche spots would also be created. Sport as a means of integration

The Borloo report wants to tackle the lack of sports funding and resources France’s banlieues deal with (they currently average “half the number of licensed coaches” of wealthier neighbourhoods).  The aim is to train and recruit 5,000 local coaches who will in turn help other young people gain access to better sporting opportunities. They’ve set the target at 10,000 young people to be trained for the 2024 Olympics. School trips for all

Fifty percent of minors from more modest families in France never go on holiday, research behind the Borloo plan has found. The aim now is to get all young people to have the chance to go on school trips and extracurricular holidays, to open their minds to other places.