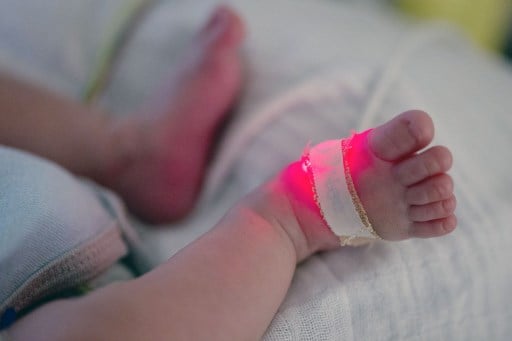 The baby's parents admitted to being regular drug users, Photo: AFP
Authorities at Armand-Trousseau hospital in Paris alerted social services after the baby girl was rushed into the emergency room displaying clear signs of severe drug intoxication.
Doctors who treated her in the intensive care unit believe she was exposed to cannabis smoke and also ingested cannabis resin.
The girl’s parents, who are currently being investigated by France’s Juvenile Protection Brigade, admitted to being regular drug users but claimed they were unable to explain how their child had become intoxicated.
They were placed under arrest on Thursday, telling police they had a “budget” set aside for drugs, regional daily Ouest France reported.
“The couple and their children live a difficult life, they receive the support of an association and live in social housing,” a source close to the case told the newspaper.
Tests carried out on the baby’s two older brothers, aged two and four, revealed they had also been exposed to a “moderate” amount of cannabis as well as cocaine and ecstasy.
The parents, aged 32 and 40, are due to appear before a court soon facing charges of parental neglect, drug use and deliberate endangerment of a minor.
French TV news channel BFMTV reported back in September 2017 that the parents of another baby, aged 14 months, were handed a one year jail sentence for also exposing their child to cannabis.
The child was admitted to Antibes hospital near Cannes because she was suffering from “persistent sleepiness”.
READ ALSO: France to slash fines for pot smoking amid rise in cannabis use