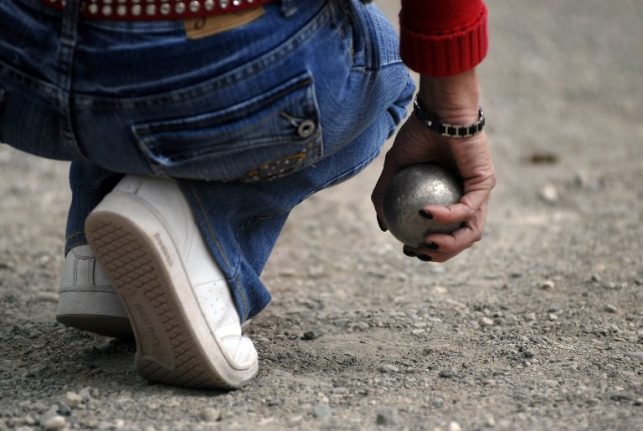 Often played in parks, traditionally with a glass of wine or aniseed liquor in hand, boules or “petanque” is usually an informal affair in France that unites young and old from all social backgrounds.

But as the national federation eyes recognition of the game as an Olympic sport, it has decided serious players need to smarten up and present a more dignified image in competitions.

“We are simply applying a rule that has existed since 1990,” a spokesperson from the national petanque federation, the FFPJP, told AFP on Tuesday amid signs of rebellion from amateurs across the country.

Jeans are already banned at all stages of the national boules championship, but the dresscode was previously ignored during the qualifying stages.

The federation is now insisting on non-denim trousers or smart shorts.

“Blue jeans are the most subject to the effects of fashion, of being badly maintained, ripped, unwashed or not very clean,” the federation official told AFP.

“For a long-time petanque was a leisure pursuit, everyone did as they wanted, but now it's a high-level sport.”

“It's a question of image. We feel we are being watched ahead of the 2024 Olympics (in Paris) and a federation that can't get people to respect its rules doesn't look good,” the official added.

The diktat looks set to be fiercely contested by the rebellious French.

An association of players has organised a jeans-only competition on May 1 in the southern city of Nimes to protest against the change.

Other players have been spreading an image online of the president of a club in Gy in eastern France who turned up to a competition dressed as a clown.