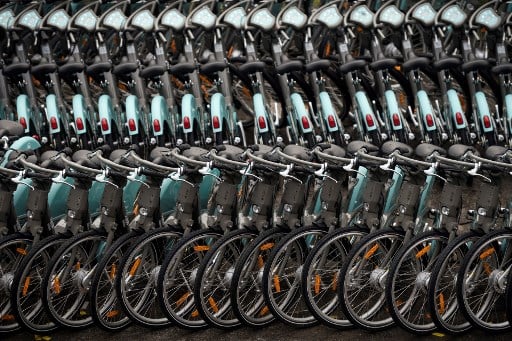 Since the re-launch of the capital’s emblematic Vélib rental bike system, the network and its new operators, Franco-Spanish firm Smovengo, have been embroiled in enough scandal and mockery to leave many Parisians yelling “on your bike!”.

The latest setback, as reported by French TV news station BFMTV on Monday, is that two thirds of the newly installed bike stations are actually not connected to the electric grid.

That’s a pretty serious problem when considering that the primary reason for the revamp and the handover from JCDecaux to startup Smovengo was to make the whole scheme electric.

What has ensued was perhaps inevitable. Many of the bikes docked in the 414 stations that are operational but not on the grid have batteries that have started running out of power.

Commuters trying to use any of these bikes with fully depleted batteries won’t even be able to undock them from the station.

According to deputy mayor in charge of Transport Christophe Najdovski, even the option of replacing the dead batteries has been thrown out of the window due to a strike by Velib’s maintenance workers.

Najdovski did however admit that the batteries were malfunctioning even before the workers’ strike.

“There seems to be a chain reaction that makes the malfunctioning of the battery stations spread to those connected on the network,” he tweeted at the time.

This may prove to be the final nail in the coffin for Smovengo, who have already seen their work taken over by city authorities and have been slapped with a €1 million fine by their “dissatisfied” employers public-private consortium Autolib' Velib' Metropole.

Cyclists' group Paris en Selle (Paris In The Saddle) have called the situation “a nightmare”, saying cyclists should be given three months' free use as compensation.

More than a thousand have signed a petition urging compensation, while angry cyclists have been taking to Twitter in droves.

“Nice app which doesn't work,” complained Alexandra Davis, an illustrator and graphic designer. “I've basically been paying for three months for a service I can't use.”

Just Tried out #velib @ParisbyVelib. All systems were buggy, they charged my card 1000$ for insurance and upon returning the bike they froze that bike claiming that it was never returned… Calling the Customer Service turned out great ~ just hang up on me in middle of the convo.

Do these stupid new @Velib bikes EVER work??

For years, the Velib grey bikes were a familiar sight in the French capital, popular with tourists and commuters alike.

A decade after the scheme was launched it had fallen into disrepair and the bikes were virtually absent from the streets.

In October 2017, Socialist Mayor Anne Hidalgo announced a splashy overhaul that would see a third of the bikes replaced with electric ones, with the rest also getting a sleek redesign.

The grey Velib bikes — usually ubiquitous across the French capital — have been virtually absent for weeks because of this botched handover from previous contractor JCDecaux to Franco-Spanish firm Smovengo.

Deputy mayor Najdovski told BFMTV the service would be “fully operational by summer”.