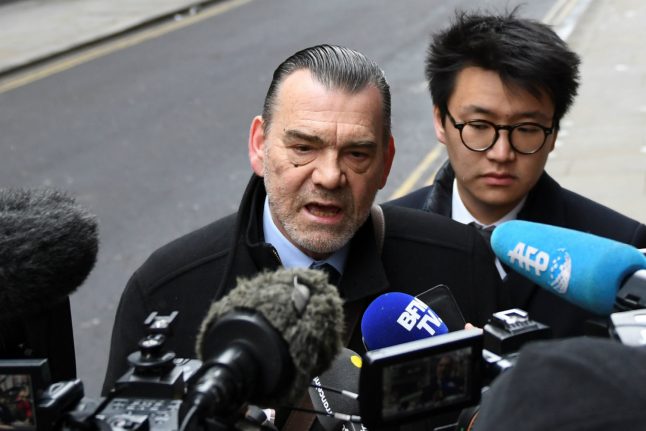 The 40-year-old Frenchman, Ouissem Medouni, turned to co-defendant Sabrina Kouider and said “you put her head under the water”, before being called to order by the judge at London's Old Bailey court.

“She's a very strong woman, she can do that,” he told jurors.

Medouni claims that nanny Sophie Lionnet died on the night of September 18th, 2017, after the couple had conducted a partially-filmed interview with her in their south-west London home.

Kouider, 35, was convinced that the victim had conspired against her with one of Kouider's former boyfriends — Mark Walton, a former member of Irish band Boyzone.

Kouider alleged that Walton had recruited Lionnet to spy on her in exchange for money and the promise of “fame”.

The fire brigade found her charred remains in the couple's garden on September 20th after neighbours called, concerned by the thick smoke and smell.

Medouni admitted having “put a little pressure” on Lionnet by questioning her but denied the accusations of Kouider's lawyer that he killed her.

Both defendants pleaded not guilty to the murder charge, however, he does admit to burning the body.

Lionnet's cause of death is unknown due to the attempt to dispose of her body, although a scientist found she suffered bruising, and fractures to her sternum and ribs between 36 hours and three days before dying.

Prosecutors argue the pair tortured the au-pair and subjected her to interrogations, which have been broadcast in court.

The trial started on March 19th and is due to continue until May 11th.