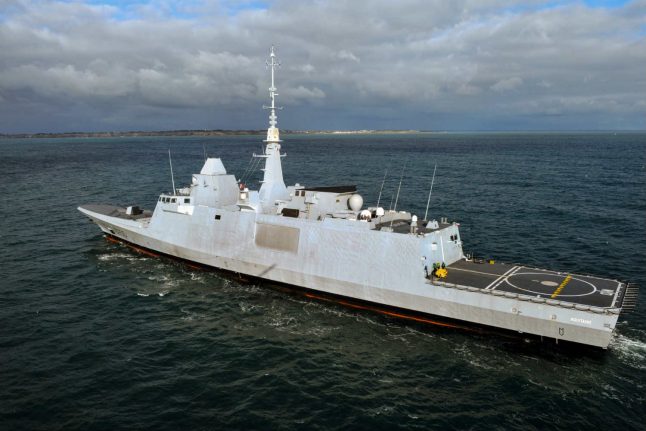 Confirming a report by the daily Kathimerini, Greece's deputy defence minister, Fotis Kouvelis, told Skai radio that France “has made two frigates available to us in a leasing agreement.”

According to the daily Kathimerini, Greece will lease two French FREMM-type navy frigates for a period of five years, with the vessels expected to be inducted into the Greek Navy by August.

At the end of the five-year lease, Greece is to take delivery of its first Belharra frigate, Kathimerini reported.

The acquisition of the two frigates — probably the Languedoc and the Aquitaine — was part of efforts to boost the country's military capabilities at a time of rising tensions with Turkey, the newspaper said.

In the meantime, speaking on Friday afternoon, French Defence Minister Florence Parly said that the news “is not relevant, although of course we are at the disposal of our Greek friends to continue working even more closely.”

A Greek defence ministry source expressed surprise at Parly's comments, insisting that Greek premier Tsipras had given the go-ahead on Thursday evening for Kouvelis to talk about the deal.