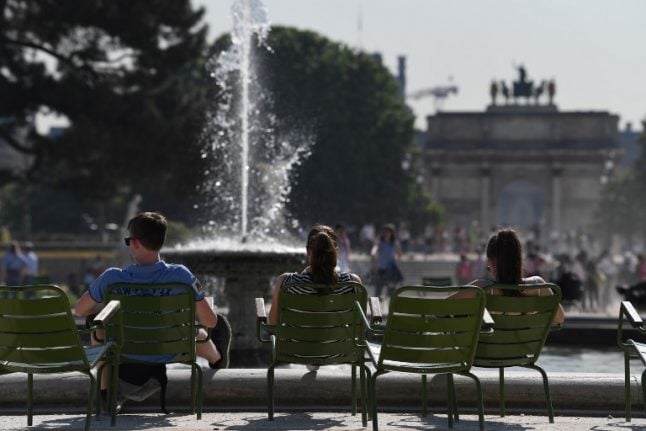 Here are a few of the records the weather has broken so far this week, according to France's national weather agency Météo France.

The hottest April ever in parts of northern France

Parts of Brittany were already breaking records by Wednesday, with temperatures between 25-26C in Perros-Guirrec, Lannion and Saint-Brieuc. The hottest April in Paris since 1949

Paris, which saw the mercury hover around 29C on Thursday, has had a warmer April before – but it was nearly 70 years ago. During an extended spell of hot weather in 1949, the capital reached 30.2C on Easter Monday of that year.

One of the hottest April afternoons in France since 1945

The average maximum temperature for the whole of France was 25.8C midweek, making it the warmest afternoon since April 28th 2010. The country has been hotter in April only three times since the end of World War Two. The warmest nights on the northern and southern coasts

Though the week started off with a difference of up to 20C between day and night-time temperatures, soon even the evenings were breaking records. Temperatures stayed above 13C on the Cap de la Hague on France's northern coast overnight between Tuesday and Wednesday, while Menton on the Riviera was a balmy 18.4C.

Friday is another scorcher, with up to 29C expected in Paris and Strasbourg, taking them both close to their monthly record.

Saturday will remain hot: 24-28C across most of the country and up to 30C in parts of the south-west, according to Météo France.

And the sun is predicted to shine throughout the weekend before the mercury takes a dip across the country on Monday and the clouds move in across northern parts of France.