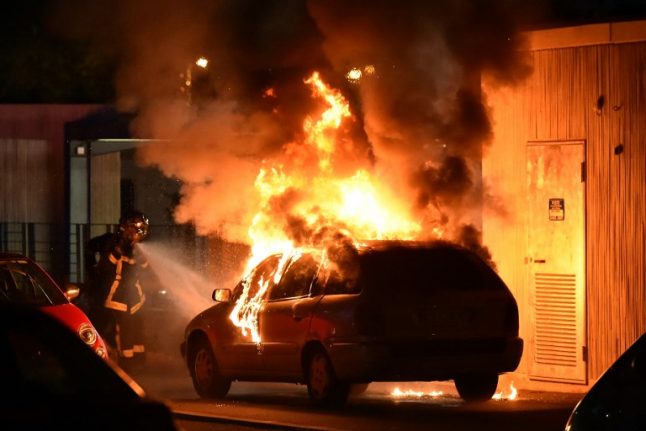 More cars were burned in Toulouse on Wednesday night as unrest in the deprived Mirail neighbourhood continued for a fourth night.

On Sunday night gangs threw stones at the local police station and set fire to about 10 cars, violence flared again on Monday night and each night since.

The mayor of Toulouse threatened to impose a curfew on young people but in the end was persuaded that the violence was calming down.

There are various theories around what sparked the rioting in the Mirail area of the southern city, a high-crime neighbourhood once home to several jihadists.

Initially the trouble was said to have been sparked by the death of a local man in prison.

The death of the inmate in the nearby Seysses prison on Saturday led to rumours that guards were responsible. A judicial investigation is underway, local prosecutors said, adding that  an autopsy had found that suicide was the cause of the death.
It is also believed tensions were exacerbated by the forceful arrest of a woman wearing the niqab – the full Islamic face veil that was banned from being worn in public places in France in 2010. Only a small number of women continue to wear the religious clothing.
A video has emerged that claimed to show the arrest of the woman.
Although the video is not of good quality it appears to show police holding the woman on the ground amid shouting in the background. Smoke from tear gas canisters can be seen after having apparently been fired by police to ward off a group of youths who were angered by the arrest.
Police chief Arnaud Bavois said that the identity check on a fully veiled woman on Sunday had exacerbated the tensions after she refused to show her papers to officers. She has since been charged with various offences including showing contempt towards those in public authority, in this case a police officer, as well as violently resisting arrest and wearing a garment that does not allow for identification.
The video of her arrest below has been shared on several social media sites since Monday including ones that are influential among the Muslim community, with commenters denouncing the “disproportionate violence” and “Islamophobic humiliation”.

Prosecutors in Toulouse confirmed to France Info the authenticity of the video but point out out that while the video shows the arrest of the woman it does not show what led to it.
But while the video and the death of the inmate may have added to tensions, the police themselves suggest it is just a pretext to “set fire to” the neighbourhood and attack police.
The head of a community association in Mirail told FranceInfo that it is local drug traffickers who are encouraging youths to attack police and burn cars in order to hit back after recent police operations aimed at drug networks.
Didier Martinez from the police union Unité SGP police added that their work targeting drug dealers in the area was beginning to bear fruit and provoking traffickers to seek revenge.
While the police believe their work in fighting the illegal drugs industry is behind the violence the reality is that it doesn't take much for trouble to flare up in France's poor neighbourhoods where relations between youths, often second and third generation immigrants, and authorities have long been fraught.
Young men in neighbourhoods with large immigrant communities in particular accuse police of repeatedly targeting them in aggressive stop-and-search operations and of using excessive force during arrests.
But officers say they are often drawn into cat-and-mouse games with delinquents and drug dealers operating out of housing estates in low-income areas and are frequently subjected to violence.
Those on the right are quick to blame immigration while others point towards poverty, a lack of stable jobs for young poeple and a history of aggressive policing towards immigrant youths as the real problem.
President Emmanuel Macron has vowed to change the style of policing in neighbourhoods like Mirail and intends to put officers on the beat in these communities to combat anti-social behaviour and lower tensions.
Tensions over alleged police brutality and heavy-handed tactics were a theme of the 2017 election after the alleged assault of a man during his arrest north of Paris which left him with severe anal injuries.
Interior Minister Collomb has ruled out creating a separate force to patrol the streets in France's poorest neighbourhoods, but he announced in February new resources for 30 priority areas and measures to enable police to spend more time on the beat.
Those caught up in the flare-ups in France's poor suburbs will hope the new tactic works.
But some police are not optimistic.
“Old wine in a new bottle,” one unnamed officer told AFP.
READ ALSO: France left shocked by 'savage New Year attacks on police 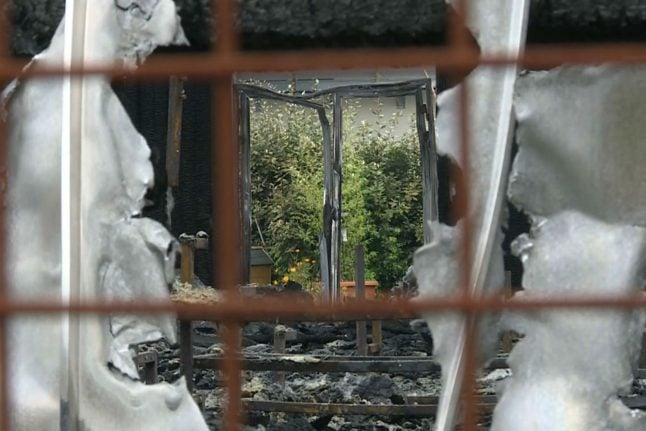 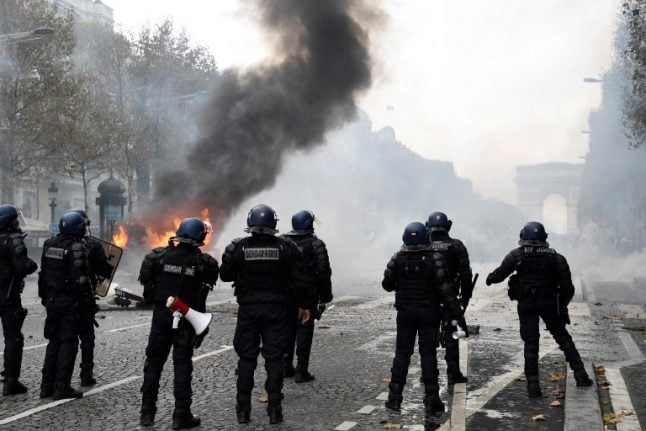