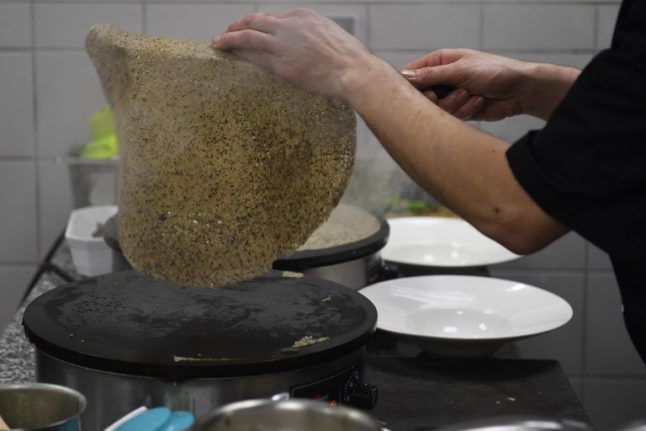 Passers-by alerted emergency services  when they saw the child choking on Saturday afternoon on Quai Branly, close to the Eiffel Tower.

Police officers were the first on the scene and carried out first aid while they waited for a medical team to arrive.

Ambulance workers quickly took over, while police were obliged to set up a security perimeter to keep back a growing number of onlookers. The girl’s parents were also taken aside by ambulance workers while efforts were made to help their daughter.

But the medical help on the scene proved inefficient and the girl was pronounced dead when she arrived at a Paris hospital less than an hour after she first began choking.

An autopsy was due to be carried out to determine the cause of her death, and the Paris prosecutor’s office has opened an inquiry.

Earlier this month a six-year-old French boy with a severe allergy to dairy products died shortly after eating a crêpe at school.

An autopsy showed that the child from the village of Limas in the Rhôned department died from an anaphylactic shock, an extreme allergic reaction.

Prosecutors are now trying to determine if anyone should legally be held responsible at the school, where all staff had been informed of the boy’s allergy.

The prosecutor has confirmed that the crêpe was given to the boy by his teacher.