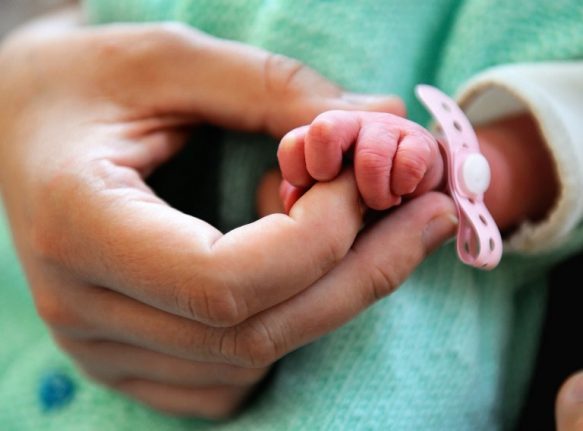 Photo: AFP
The ruling by the court in Toulouse came after the town hall alerted the prosecutor’s office last summer when the boy’s parents chose Jihad as the name to be put on his birth certificate.
The French Civil Code states that any first name may be given as long as it doesn't go against the child's interest. In the past the name police have banned a series of names that have fallen foul of those rules including Nutella and Fraise.
Jihad in Arabic word means “effort”, “struggle” or “self-denial” rather than “holy war” as many believe, so ostensibly there should be no reason not to use it as a first name.
READ ALSO: But as France has been on heightened alert after a series of terror attacks by homegrown jihadists in recent years, the name does not go down at all well with French officials.
The Toulouse court ordered that it be removed from the boy’s birth certificate and a new one issued giving his first name as Jahid.
A similar case took place two years ago in the northern town of Roubaix. When parents there were told they couldn’t name their boy Jihad, they themselves came up with the idea of inverting the vowels to make it Jahid.
In 2013, The Local reported on a mother who sent her three-year-old son Jihad to school wearing a sweater with the words “I am a bomb” on the front, along with his name and 'Born on September 11th' on the back
She was eventually handed a suspended jail sentence on for “glorifying a crime”.