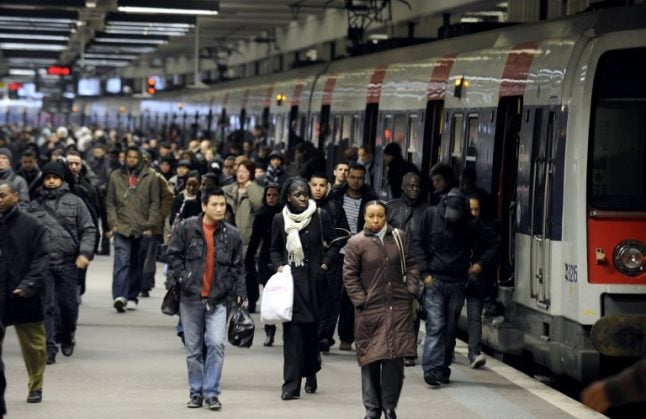 31 percent of commuters say they do not feel safe on RER suburban trains. Photo: AFP

The figures come from a survey by the Paris Region Urban and Environmental Agency (IAU) that covers a range of attitudes by residents towards topics that include terrorism, unemployment, safety, poverty and pollution.

The study titled “Victimisation and Perceptions of Lack of Security” has been carried out in the Île-de-France every two years since 2001, with the latest edition covering the years 2014 to 2016.

One of the the most striking figures in the report was that 48 percent of people in the region of around 12 million people, who are known as “Franciliens” in French, said they had been assaulted in some way whether physically or verbally.

The report also pointed out that the feeling of lack of security was at its lowest level since 2001, the first year covered by the researchers.

Here are some of the other issues that Île-de-France residents feel concerned about:

The study was conducted by telephone and a total of 10,500 people in the region were questioned.