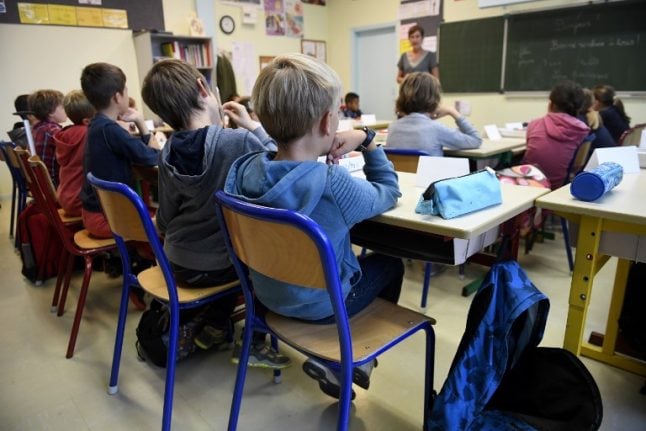 For a start the study revealed that pupils are struggling to write French and making far more grammatical errors than pupils did 20 years ago.

Cnesco also noted that “French pupils are among the most likely to not answer questions”, especially if the teacher is looking for a long answer.

The report said the response level of 9-year-olds was less than the European average and when it came to long answers the gap was wider.

Some 15 percent of pupils would not give answers in France compared to the European average of nine percent.

While it might be hard to get an idea of the problem just from this stats, Paris-based French Education expert and author Peter Gumbel told The Local there is an explanation for the reluctance to respond.

“French kids don’t like to give answers if they’re not sure they’ll be right,” said Gumbel, who wrote a best-selling critique of the French school system in 2010, called “They Shoot School Kids, Don't They”.

“The risk is that they will be penalized for a wrong written answer: in other words, have marks deducted or, worse still, be mocked or humiliated in front of the class if they give an oral answer that is incorrect.

“Putting down children is unfortunately still quite deeply rooted in French teaching culture.

“It goes against everything we know today about effective educational practices, because it destroys kids’ self-confidence.”

Gumbel notes that the new government is trying to change the mentality but deeply ingrained French classroom culture means bringing about meaningful change will be difficult.

“Education Minister Jean-Michel Blanquer understands this, and is trying to shake things up. But he has a century or more of noxious classroom traditions against him,” said Gumbel.

One of the problems of French schools that he identified was teachers being “horrible to the kids”.

“For foreigners, one of the most striking aspects of the French school system is its sheer nastiness,” wrote Gumbel.

“Nursery schools are where you learn to sit down and shut up.  Being creative is frowned upon.

“Making mistakes is unforgivable. The notion of positive reinforcement—that children will do better if they are encouraged—is long-established elsewhere but seems largely unknown here. Of course there are exceptions: some teachers are nurturing and very good.

“But the pitiless nature of French schools is baked into the system.”