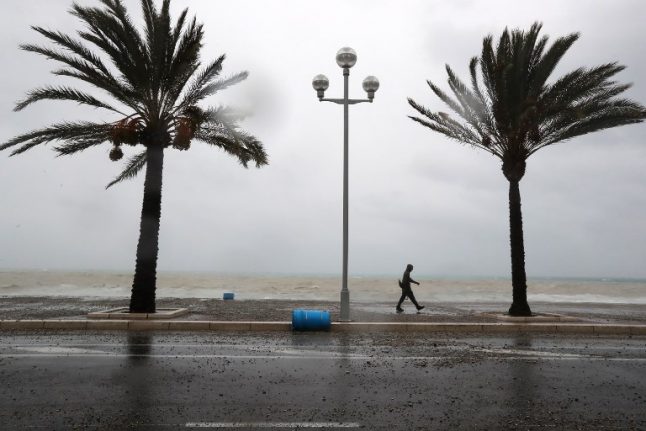 A file photo from a previous storm on the Riviera. Photo: AFP

National weather agency Meteo France has issued orange alerts for the departments of Alpes-Maritimes and Var along the French Riviera.

The alert is the second-most severe on the agency's three-tiered warning system.

Meteo France warned for severe thunderstorms, possible floods, and potential traffic delays both on the roads and rails.

In the eastern part of the neighbouring Var department, residents can expect up to 20 centimetres of rain by Thursday night.

Those living at higher altitudes can expect hail and rain, the agency added.

Meteo France urged residents to be vigilant when travelling, to avoid using the home telephone during the storm, and to secure any outdoor belongings to ensure they’re not blown away.

It also recommended residents to avoid secondary roads when driving.

The alerts are in place from 4pm on Wednesday until Thursday at 8pm.