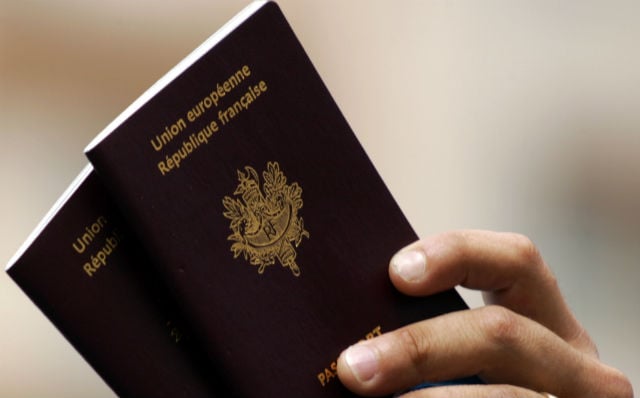 Nearly one million people were granted an EU passport in 2016, with most new citizens becoming Italian, followed by Spanish and British.

In fourth place was France, which gave out passports to 119,152 new citizens over the year, according to figures released by Eurostat on Monday.

It marked the fourth consecutive year that France has seen an increase in the number of nationalisations.

So where are they all from?

Of those who became French who already had another EU passport, most were from Portugal (30 percent).

Then, the most common EU citizens to become French were from Romania (20 percent), Poland (9 percent), Italy (8 percent) and the UK (6 percent).

For those from outside the EU who became French, Morocco and Algeria made up 16 percent of the total each. Next most common was Tunisia, Turkey, and Mali with 7, 5, and 4 percent respectively.

The massive increase, which comes from a tenfold hike in applications from Brits over just three years, can be explained by Britain’s vote to leave the UK in June 2016.

READ ALSO: Common questions about how to gain French citizenship Those applying to be French were motivated by practical reasons such as a desire to avoid queues at airports and when crossing the Channel, as well as more Brexit related concerns such as ensuring continued healthcare and social benefits after Brexit, Le Figaro reported.

By gaining French nationality those Brits will ensure they not only have the right to vote in presidential elections in France but they will also guarantee their continued freedom of movement around the EU, something which Brits living in France currently look set to lose.

But as The Local reported last year, many applicants were also motivated by a loyalty they feel to France as well as a feeling of being cut adrift from the UK by the Brexit vote.

Applications for French nationality can take around 18 months to process. Applicants, who must have been living in France for five years or married to a French partner for four, need a whole raft of documents, many translated into French. They also need to pass a French test to prove their language ability (see links below).

The process can be hard going, but it appears more and more Brits are prepared to take the plunge to guarantee their future in France and the EU.