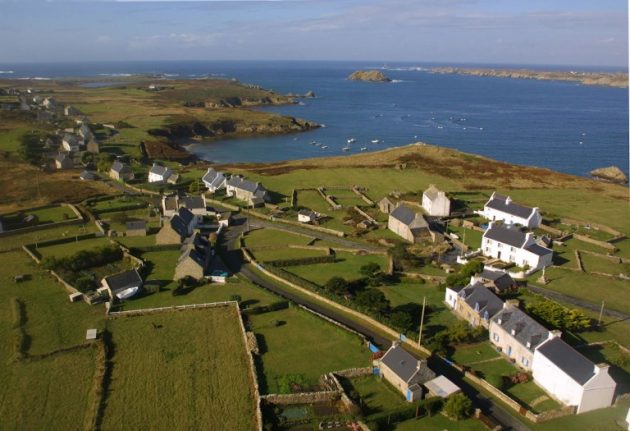 Could Brittany be the new Bordeaux? Photo: AFP

But in the not too distant future, you might well find bottles of Brittany red or white wine in your local supermarket. Does it sound too far-fetched?

Vineyards are already appearing all over Brittany.

For centuries, wine growing in Brittany has been almost impossible due to the Atlantic winds and rain and the lack of sunlight making the climate too cold and severe for any vines to grow properly.

Although things were different many hundreds of years ago when monks used to cultivate wine on the land, before cold spells in the middle ages severely affected the vineyards and surge of maritime commerce and farmers moving to produce cider put an end to Brittany's wine production.

But Brittany’s climate is changing and people are starting making the most of the opportunity by growing grapes. “Global warming is a big reason why there are more vineyards here than there used to be,” Jérôme Dreano from local weather agency Météo Bretagne told The Local.

“For several decades now we have noticed the temperature is Brittany gradually increasing and we have come to a point where wine growing is indeed possible.”

He said that the warmer summers and milder winters in recent years meant that people could get away with growing grapevines. And it appears the temperatures in Brittany meet the very specific wine-growing conditions.

“To make sure that grapes are properly matured, it can’t be too hot but it can’t be freezing either. Regions with a mild temperature are therefore ideal for vineyards,” Kees Van Leuuwen, a viticulturist in Bordeaux, told Le Monde newspaper.

He said that if a region is one degree Celsius warmer than another that can be a huge advantage when it comes to wine growing and that with global warming, Rennes, Brittany’s capital, could be as warm as Bordeaux by 2100.

And winegrowers in Bordeaux have long been nervous about the impact of climate change with scientists believing climate change could force producers to relocate, or abandon the grapes that helped to make their vineyards famous.

So, Brittany is really making hay, or wine, while the sun shines.

But there is also an administrative aspect. Since the first of January 2016, thanks to a European directive and to the outcome of negotiations that took place in 2013, France was able to ease the strict laws concerning grape harvesting and wine production.

Each year, French wine growers can increase the area they cultivate by 1 percent of the total national surface already used for vineyard, essentially meaning it's easier to create vineyards.

The fact that laws have made the process of creating vineyards easier and that global warming has influenced grape cultivation means that many regions north of Burgundy such as Normandy, Ile-de-France and Brittany are now experiencing a real boost in wine culture, reports wine tourism website Vinotrips.

The wine is made from a grape variety that originates from Portugal called Rondo, specially chosen for its robustness and longevity.

“We really have a little paradise here. The weather is always mild in Brittany,” Vivier told the 20 Minutes newspaper. Town Halls in Brittany are also joining the trend. The mayor of Sarzeau, a small town on the south coast of Brittany, decided to offer plots of land to the community for anyone wishing to try their hand at wine growing.

Lénaïc Chevallier, the co-manager of the project, said there is a definite interest from the locals.

“We are very excited about the project. It’s a great idea because the land around Sarzeau was known in Brittany as being favourable for wine growing,” she told The Local.

“Even though there weren’t many vineyards, Sarzeau was actually producing wine until the 1960s, now the tradition is coming back to town,” she added.

“We can see that people are really interested in making this happen, many applied for the job and we have only recently managed to shorten the list down to two applicants”.

If all goes well, Chavallier thinks they will start planting vines in 2019 and will start to reap the benefits within five years. After Bordeaux and Burgundy, Brittany may well take its spot on the France's wine map. *