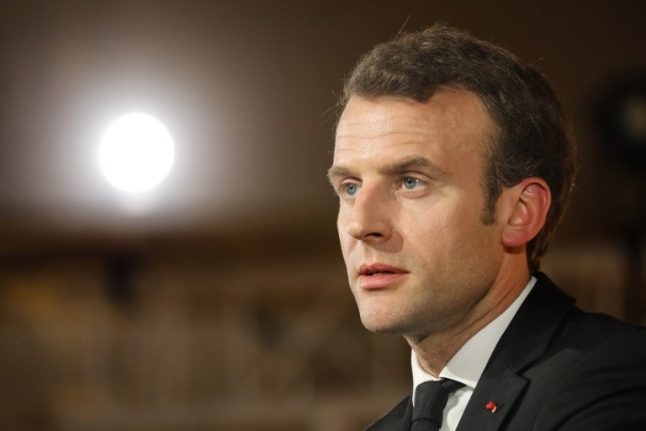 The Church and the state were for centuries virtually indistinguishable in France, but the 1789 Revolution marked the first step by republicans to exclude religion from government affairs, codified in a 1905 law separating the two.

But tensions have persisted, with conservative politicians often accusing officials of denying France's cultural heritage — as seen in efforts to install nativity scenes at town halls during Christmas.

Macron, who prides himself on tackling difficult issues head-on, told a meeting of bishops on Monday that he hoped to repair relations with the Church through a “dialogue of truth”.

“We intuitively share the feeling that the bond between the Church and the state has been damaged, and that both you and I need to repair it,” Macron said.

Acknowledging that such comments could draw criticism, Macron said: “Secularism is not meant to deny the spiritual in the name of the temporal, nor to uproot from our society the sacred element which nourishes so many of our fellow citizens.

He added: “At a time of great social fragility… I consider it my responsiblity to stop the erosion of confidence among Catholics with regards to politics and politicians.”

The unusual foray by a French leader onto religious territory sparked outrage among critics, not least since they come at a time of heightened tensions with France's Muslim population after a series of deadly jihadist attacks in the country.

“Macron in full-on metaphysical delirium. Outrageous. One expects a president, one gets a little priest,” Jean-Luc Melenchon, head of the leftwing France Unbowed party, said on Twitter.

“Secularism is the jewel in our crown. That is what a president of the republic should be defending,” newly installed Socialist Party leader Olivier Faure said in a tweet.

Chipping away at secularism?

Even some rightwing leaders reacted coolly, with some accusing Macron of pandering to the conservative voters being courted by Laurent Wauquiez of the
Republicans opposition party.

“If it's about acknowledging the Christian heritage of our civilisation, that's a historical and cultural fact. If it's actually a strategy for winning
back voters, that's something else,” top Republicans lawmaker Bruno Retailleau told France Inter radio.

Far-right leader Marine Le Pen called his comments the start of an attack on strict secularism enshrined by the 1905 law — hinting it would give
religious authorities of all stripes more influence in French society.

“In reality this is aimed at changing the law of 1905, and I can tell Catholics that it won't be them who will benefit from such a change,” she told
RTL radio.

“What he is saying is that for human beings, there is not only the material world but also the search for absolute values, for spirituality, to find
meaning in life,” he said.

“It is perhaps a new tone but in no way does it break with the great tradition of secularism.”

Opinion polls show the French roughly split between believers and non-believers in a country where the role of religion is a source of frequent public debate.