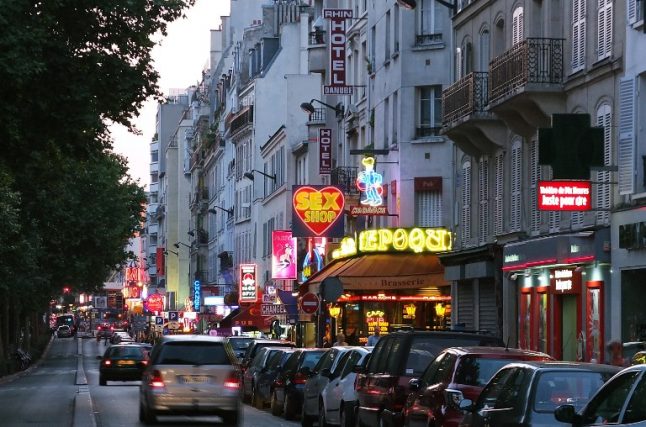 The revelation comes as Crown Prince Mohammed bin Salman, the de facto leader of the desert kingdom, is on an official state visit to France, where his sister faces an arrest warrant for allegedly ordering her bodyguard to beat up a worker at her Paris apartment in 2016.

The concierge services firm that says it organised the films for the late Prince Saud al Faisal – the Saudi foreign minister for 40 years until his death in 2015 – says his heirs are refusing to pay the debt of 90,000 euros for the movies and other services allegedly ordered by Faisal's representative.

The lawsuit filed by the firm, which is called SARL Atyla, says the company has not yet sent the films in as evidence for the court but that it may have to present them if its demands are not satisfied. The Saudi prince was a regular visitor to Paris where he stayed in a plush apartment on Avenue Bugeaud in the west of the city, which is now co-owned by his sons and daughters.

Lengthy email exchanges between SARL Atyla and the prince’s representative contain detailed instructions about what is to happen in the films, three of which were made earlier this decade.

Copies of the emails were filed as supporting documents in the lawsuit, which The Local has obtained.

“Important, the male must dominate his companion not with violence but by using his skills and capabilities and his God-given gift,” says a note on one of the scripts, which contain a variety of steamy scenes that take place in lifts, hotel rooms and plush apartments.

The scripts and scene outlines were sent between the concierge firm and the representative, who sometimes answers that “he” – without specifying who “he” is – “does not like it” and wants new ideas sent over.

“He still does not like it… He does not like blindfold and being tied. Make a new one,” is one example of the various rejections the concierge firm received.

But the lawsuit he filed with a court in the Paris suburb of Nanterre shows that his client is in no doubt that Prince Saud al Faisal was the person ordering the films and sending instructions – via his assistant – on how the films were to be made. The suit also said the Saudi prince had left the Moroccan a luxury apartment in Paris in his will.

SARL Atyla, the concierge firm, is suing a company called SCI 25 avenue Bugeaud to recover the alleged debt. An SCI is a specialised type of company often used in France for the management of family property.

25 avenue Bugeaud is the address of the villa that the Saudi prince and his family used when they were in the French capital.

SCI 25 avenue Bugeaud, the name of the company that managed that property, is listed in official company records as being co-owned by Lana Saud Al-Faisal, the prince’s daughter, and four of her siblings.

When asked for comment in the case, the lawyer for SCI 25 avenue Bugeaud did not respond.

But in its official legal response the company wrote that it rejected the lawsuit, arguing that “the reality of expenses and services mentioned is not… justified” and demanding that the plaintiff be ordered to pay 3,000 euro sin damages.

The Saudi embassy in Paris did not respond when contacted for comment on the legal case.