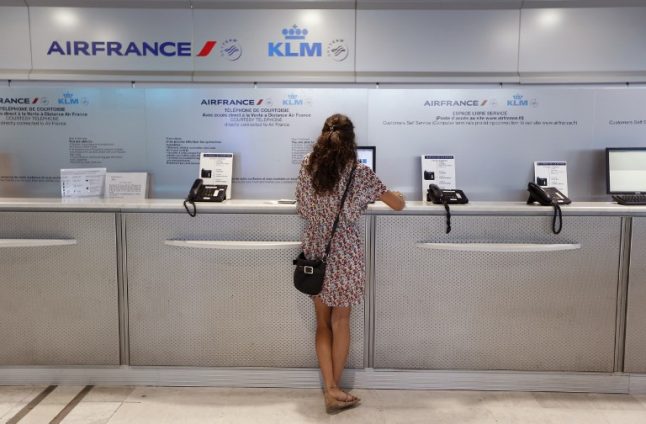 File photo: VALERY HACHE / AFP
The walkout has affected international and domestic travel, with a quarter of long-haul flights cancelled. Around a third of medium-haul flights to and from Paris's Charles de Gaulle airport have not taken off. Thirty percent of short-haul flights have been cancelled to and from Paris's Orly airport and French regions.
Unions say workers deserve to benefit from years of belt-tightening that have brought the carrier back to operating profitability, after seeing their wages effectively frozen since 2011.
Saturday saw the highest cancellation rate since unions called for the daylong work stoppages in February in pursuit of a six percent pay raise. Air France management estimated 34 percent of pilots walked out, 26 percent of crew and 19 percent of ground staff.
Management's offer of a one percent raise this year has been rejected.
Unions have already warned of more strikes to come, with six more days of walkouts planned including two next week, on Tuesday and Wednesday.
The airline has warned that the strikes are costing Air France €25 million ($30 million) each day, money the airline should be investing in buying planes and creating jobs.
The Air France industrial action coincides with rolling strikes by workers at the state rail operator SNCF, as well as protests by students, public servants, energy workers and rubbish collectors.
Although the various protests have different aims, they have created a general atmosphere of social discontent as President Emmanuel Macron pursues his ambitious reform drive.