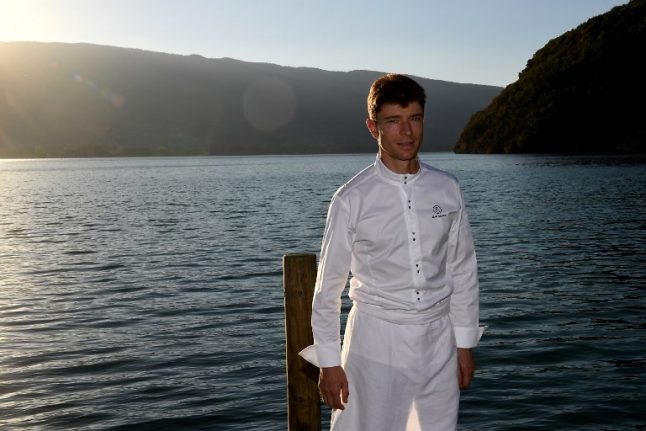 Thieves took 320 bottles of vintage wine from Jean Sulpice's restaurant by picturesque Lake Annecy in the French Alps in February — just two days after he was awarded two Michelin stars.

“We have arrested the perpetrators of the burglary, four in number, and their accomplices. Some 250 bottles out of the 320 stolen were found,” police told AFP. “The booty was estimated at 400,000 euros.”

Sulpice, who won 2018 “cook of the year” in the Gault Millau guide, said in a statement: “After two months of investigations, the cellar of the Auberge du Pere Bise has found part of its historical heritage.

“We would like to warmly thank the Annecy Gendarmerie and more particularly the Research Brigade for its professionalism.”

The chef added: “It is thanks to their determination that a century of work has been saved.”