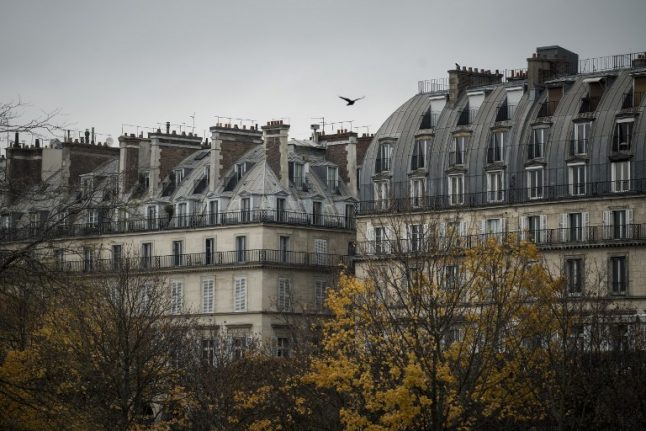 The retired owner of a flat in the 14th arrondissement rented it out to female Erasmus students to make a bit of cash on the side.

But that’s not all he did.

He also placed two cameras in the flat – one of them in the shower – to secretly film the students, according to reports in Le Point.

The man’s ploy was only discovered thanks to a bit of luck.

According to Le Point he was seen by one young woman watching a video of a woman in the bathroom and she realised the person in the clip was one of her flatmates.

She told her flatmates at once, and they waited until their ‘host’ had left the house to look at his computer where discovered he had been filming them illicitly.

In all eight students from Russia, Korea and Colombia, have lodged complaints with police.

Initial reports in Le Point suggested the flat had been rented to the students via the platform Airbnb but a spokesman for the company Aurelien Perol told The Local that police had confirmed to him that the “voyeur host did not list his apartment on Airbnb but on another short term rental platform.”

The retiree isn’t the first landlord voyeur to be caught out in France.

In January, a 45-year-old man was arrested in Annecy after renters spotted a camera hidden in an alarm clock, the Dauphiné Libéré reported.

The friends who on a weekend away were surprised by the strange-looking contraption they found in the bathroom, pointing towards the shower. They took it apart, and found a camera and a slot for a memory card inside.

The man, who received images directly onto his smartphone, was arrested and pleaded guilty.

And in 2015 a host of the “Couchsurfing” scheme was caught secretly filming his guests while they showered and added acid to their shower gel at his home in Marseille.

The 37-year-old engineer at the electrical company ERDF was jailed for six months.

He attracted his guests to his house by placing an ad on the global Couchsurfing website, which allows travellers to stay in hosts' homes for free.

The man admitted to using a hole at the back of his wardrobe to watch female guests while they washed. He also admitted to adding hydrochloric acid to their shower gel to prolong their showers.

“I wanted the girls to shower longer, so they would stay and rub themselves to get the product off,” he told investigators.

*This article has been updated to remove the mention of Airbnb in the headline and introduction.