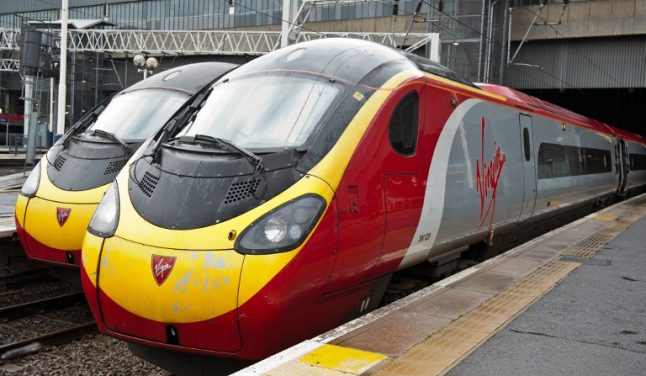 French unions kicked off a series of strikes on Tuesday, fearing that the bid to revamp the debt-laden and loss-making SNCF rail operator is a first step towards privatisation, despite repeated government denials.

The unions have pointed to Britain — which privatised its railway in 1994 — as an example not to follow.

Today, around 20 private firms operate parts of Britain's network, while responsibility for its maintenance returned to a state-run outfit, Network
Rail, in 2001 after a raft of accidents.

In addition to safety concerns, critics point to runaway prices.

A study cited by Britain's Financial Times in January found that fares have jumped by 25 percent since 1995.

On average, rail travel is 30 percent more expensive in Britain than in France.

But the latest statistics from Eurostat belie the conventional wisdom that privatisation is a recipe for disaster: in 2016, rail accidents killed or
injured 40 people in Britain, compared with 131 in France.

“The system has greatly improved after a disastrous start,” said Yves Crozet, a professor at the University of Lyon specialising in transport studies.

Britain is however far behind France in terms of infrastructure, with only one high-speed service — that enjoyed by Eurostar passengers boarding at
London's St Pancras station.

“England traditionally invests little in terms of transport infrastructure,” Crozet said, noting that the network has hardly expanded despite a 40 percent increase in traffic over the past decade.

Britain's opposition Labour Party — and 60 percent of Britons according to a Sky Data poll — want the railway to be renationalised, with the public mainly pointing to the ballooning fares.

They can point to Germany, where more than a quarter of the country's regional lines are run by private operators and the competition has resulted
in improved service and lower prices.

After its reunification in 1990, Germany introduced reforms to open the rail service to competition, but unlike Britain it ruled out scrapping the public service altogether.

Deutsche Bahn (DB), a merger of the East and West German state rail companies, is a private limited company entirely owned by the state, providing passenger and freight transport and maintaining the network.

Few private companies have made inroads on Germany's main lines, where DB enjoys 99 percent of market share, a virtual monopoly despite grumblings about delays.

Its competitors however have franchises and concessions on regional lines, notes Marc Ivaldi of the Toulouse School of Economics.

The result “has been an increase in frequency and quality, lines have reopened and fares have dropped considerably,” he said.

In Italy, too, fares dropped by 40 percent after it opened its high-speed rail network to competition in 2012.

Crozet noted that “the German model is probably the best suited for France because there is no thought of scrapping the historical operator.”

But what does competition mean when a network remains publicly owned?

French railway historian Clive Lamming says it all comes down to the infrastructure, which is after all national.

“Infrastructure reigns supreme because it equalises the conditions under which the trains run,” he said.

Since the British renationalised their network in 2001, the private operators who were retained must still “obey the injunctions of the nationalised network,” Lamming said.