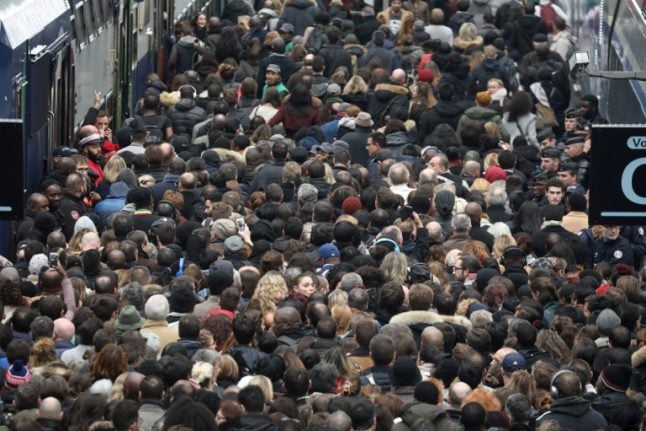 Only one in seven high-speed TGV trains and one in five regional trains were expected to be running, state rail operator SNCF warned, after similar stoppages on the first day of the walkout that French media dubbed “Black Tuesday”.

The strike is being led by SNCF staff but workers at Air France as well as garbage collectors and some energy workers also staged separate walkouts in a growing atmosphere of social strife 11 months after 40-year-old Macron came to power.

Macron's government says the heavily-indebted SNCF needs deep reforms as EU countries prepare to open passenger rail to competition by 2020, arguing it is 30 percent more expensive to run a train in France than elsewhere.

Unions fear the changes are a first step towards privatising the national rail operator — a claim the government denies — and object to plans to strip
new hires of a special rail workers' status guaranteeing jobs for life and early retirement.

More than three-quarters of train drivers joined the first day of the walkout.

With stoppages planned for two days out of five until June 28, weeks of disruption lie ahead for France's 4.5 million daily train passengers.

Prime Minister Edouard Philippe admitted Tuesday that people using the SNCF rail network have “difficult days ahead of them”.

At Lille station in northeastern France, 56-year-old passenger Marc Cornille was worried the disruption could cost him his temporary job contract.

“I understand their demands, just not the way they're going about it,” he said of the rail workers.

Francoise Sirugue, an insurance worker who commutes from Dijon to Paris, said three months of nightmare travel was “a bit too much”.

“I stayed at home yesterday,” she said. “But I can't do that every day.” The lack of trains prompted a second day of gridlock in the Paris region Wednesday as commuters took to the roads instead, with traffic website Sytadin reporting 350 kilometres (220 miles) of tailbacks — double the usual amount.

Four unions were set to meet with transport ministry officials Wednesday afternoon to discuss their bones of contention with the government, which
include plans to turn the SNCF into a publicly owned company.

Unions fear this could eventually lead to the mammoth rail operator being privatised, something repeatedly denied by the government.

The rail strikes are being seen as the biggest challenge yet to Macron's sweeping plans to shake up France and make it more competitive, earning comparisons with Margaret Thatcher's showdown with British coal unions in 1984.

“We have been asking for the same thing for several weeks — that the government completely reconsider its plan. They need to start again from scratch,” Philippe Martinez, head of the CGT trade union, told France Inter radio.

The strike was accompanied by demonstrations supporting the rail workers by some 2,700 people in Paris, according to police, with a group of around 100 becoming violent and five people arrested.

Protests also took place in other cities around France representing the biggest wave of industrial unrest since Macron came to power last May.

The railways are a bastion of trade unionism in France and have forced governments into U-turns in the past during major stoppages.

“Unions are still able to gather support when they go on strike in France, although maybe less so than in the past,” he added.

Alert: The Local France will soon be changing with the times and asking readers to become paying members of our site. Up until April 10th we are offering readers 50 percent off membership so €2.49/month or €24.99/year. CLICK HERE for more information and for how to join. 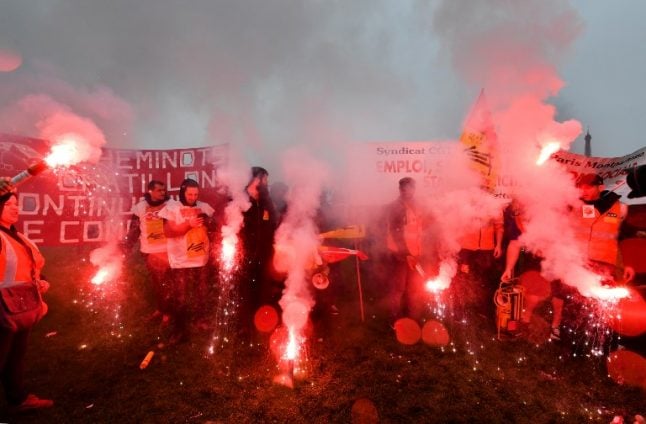 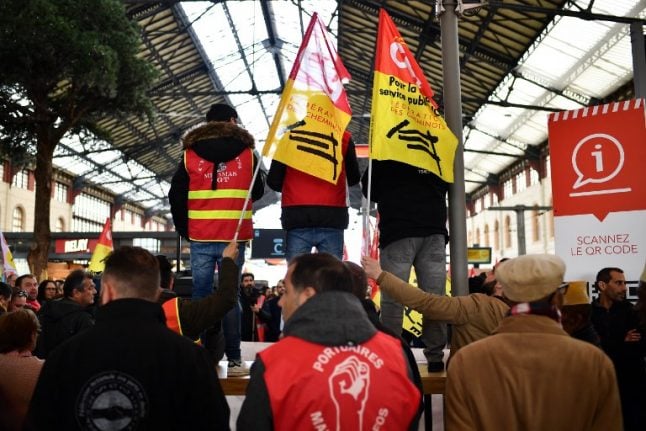 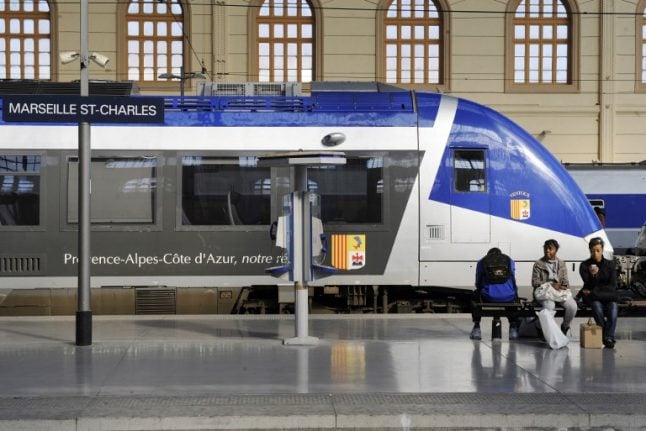 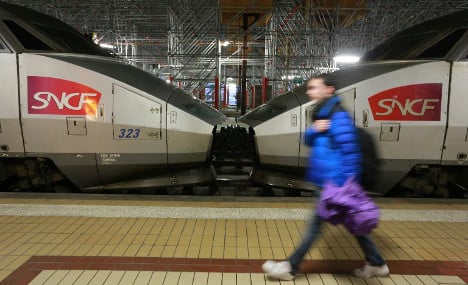