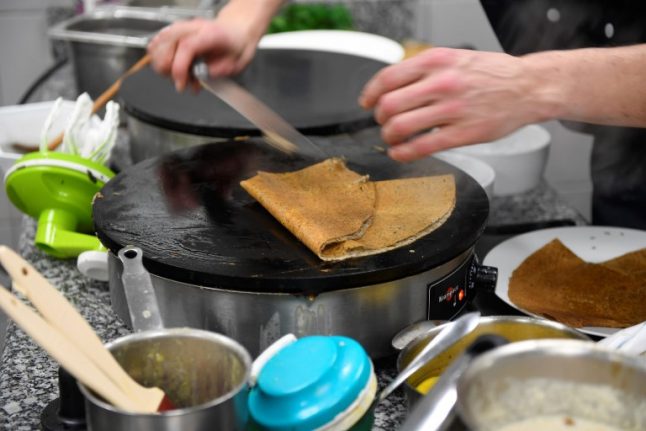 The tragic incident occurred in the small town of Limas, in the department of Rhône, central France.

A six-year-old boy, named Jadhen, ate a crêpe that was given to him at school on March 26th.

But the boy had a severe allergy to dairy products and shortly after picking him up from school Jadhen's mother said he began to fall ill.

“He was telling me that he wasn’t feeling well, that he wanted to vomit”, the boy's mother, named Marie-Anaëlle Depeche, told BFMTV.

“He then told me that he was really in pain, I was holding him, I stopped some people and asked for their phone so I could call emergency services”.

Fabien, the boy’s father told FranceInfo: “My wife went to pick him up and he was already having problems breathing. At one point, he collapsed but had time before to say ‘Help me, I am going to die’”.

Paramedics could not reanimate the boy who later died from an anaphylactic shock, an extreme allergic reaction, as confirmed by the autopsy conducted last Friday.

The parents of the child say they do not understand how the tragedy could have happened.

“Everyone knew at the school that he was allergic to dairy products, the teachers, the head mistress, even other parents. He had been going to this school for three years now,” the father said.

“They all knew what to do at the school in the event of an allergic reaction”.

The prosecutor of Villefranche-sur-Saône, Sylvain Cordesse, has confirmed that the crêpe was given to him by his teacher.

The father of the boy criticized the teacher’s “poor judgment”.

“It’s even worse that an error, she knew all about his allergy,” he said.

The French newspaper Le Progrès claims that the boy accepted this crêpe because he was used to having ones made with water at home.

Prosecutors are now trying to determine if anyone should legally be held responsible at the school. The teacher has already been questioned by police.

A medical and psychological help center has been opened at the school for the children and parents.