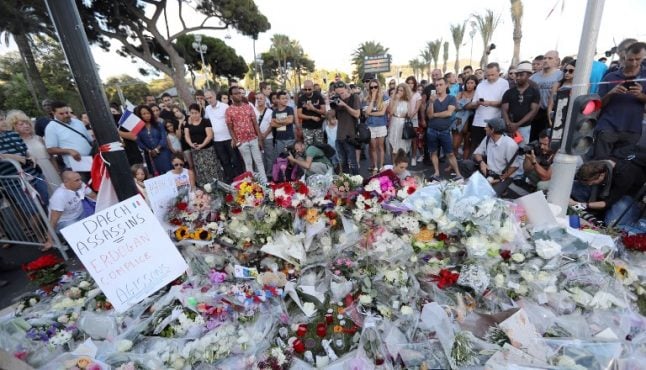 Fifty-eight percent of respondents said that French President Emmanuel Macron and his administration were not using “all the necessary means in the fight against the terrorist threat in France,” according to the study by the Elabe polling group.

Among the measures that drew the greatest support were expelling foreign nationals on France's terror watchlist (backed by 80 percent of respondents) and preventing French jihadists returning from Syria and Iraq (78 percent).

These measures, which experts point out would likely face legal challenges, have been championed by the far-right National Front party which also proposes a crackdown on dual nationals convicted of terrorism offences.

Seven in ten respondents backed proposals to strip any dual national jihadist of their French passport, something proposed in 2015 and then abandoned by Macron's predecessor Francois Hollande.

The survey came after a shooting spree in the towns of Carcassonne and Trebes in southwest France last Friday, which saw four people killed by Moroccan-born Frenchman Radouane Lakdim.

Among other suggestions made since the attack is banning the fundamentalist strain of Islam known as Salafism due to links between attackers and radical imams who preach an ultra-conservative interpretation of the Islamic holy texts.

The government has ruled out taking action on the grounds that it cannot prohibit a religious practice.