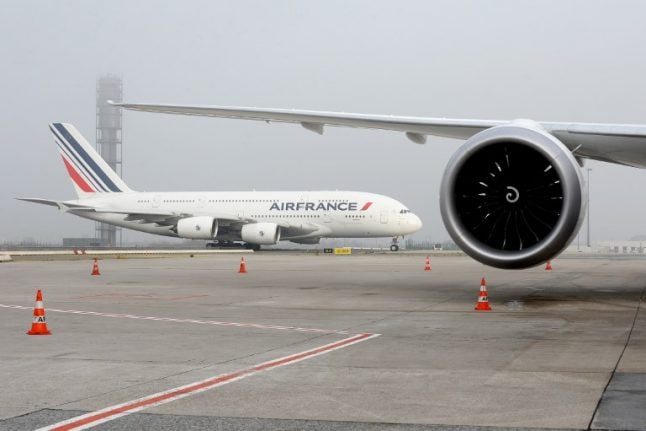 Travellers may be facing some serious Easter headaches, with 24 percent of Air France flights cancelled for Good Friday (March 30th).

Airline workers have called the strikes over pay disputes, noting on their official site that last minute changes may occur too.

The flights cancelled on Friday include:

The strike is a walk-out by all Air France with 31% of pilots taking part in the industrial action as well as 28% of cabin crew and 20% of ground staff.

You can follow live updates to the cancelled flights here, with the Air France official site also offering information on what you can do if your flight is cancelled.

To check your flight status & the commercial measures : https://t.co/vK2IRYgCu5 pic.twitter.com/xerCIGlGJe

A statement from the airline read: “Air France regrets this situation and is making every effort to minimize the inconvenience this strike action may cause to its customers.

“Air France invites its customers to check on www.airfrance.com that their flight is operating before going to the airport. The flights displayed as maintained for Friday 30 March will operate.”

The official advice from Air France is that passengers should first make sure they have their correct contact details entered on their booking so they can be contacted by Air France in the case of their flight being cancelled.

Passengers should also check the status of their flight before leaving for the airport. And finally if you wish to postpone your trip then you can do this without any extra charge.

Finally if your reservation is cancelled don't travel to the airport, says Air France.

READ ALSO: French strikes: What can I do if my train or plane is cancelled? The strike will be followed by another two days of strike action on Tuesday April 3rd and Saturday April 7th.

Unions representing pilots, cabin crew and ground staff have called the strikes to demand a 6 percent pay rise across the board to make up a loss of their spending power in recent years due to stagnating wages.
Management is offering a basic increase of 1 percent to be paid in two installments and a range of incentives, which trade unions have dismissed as “small change”.
The unions representing Air France staff have said they will toughen up the pace of the strike action in the face of the airline management which they say has “offered no concrete response” to the demands already expressed during the strikes of February 22nd and March 23rd.
The unions also accuse the airline's management of “seeking to create division”.
The airline was forced to cancel a quarter of its flights due to a strike last week which left just 70 percent of its long-haul flights and 80 percent of the airline's medium-haul flights in operation.
The call to strike was answered by some 35 percent of pilots, 31 percent of cabin crew staff as well as 29 percent of ground staff.
The airline advised passengers by text message if their flights had been cancelled but also told people to change their journey plans free of charge if possible.
READ ALSO: