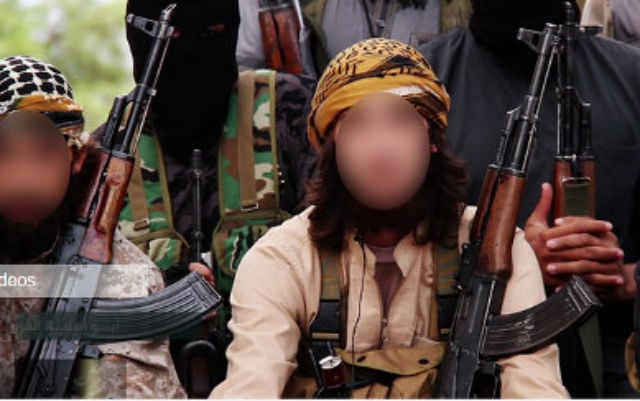 The study was carried out by Marc Hecker , the director of publications at the French Institute of International Relations (IFRI) and looked at the profiles of 137 individuals who have been convicted of terror offences related to Islamist violence or jihad in recent years.

Some 69 percent of those cases concern French nationals while 22 percent were bi-nationals. In 59 percent of cases their parents were from North Africa.

The average age of those at the time they were charged was 26, with 90 percent of them coming from large broken families and 40 percent coming from poor backgrounds.

Of the 137 jihadists looked at by the study, some 74 percent were born Muslim while the remaining 26 percent converted during their lifetime. Although in general the study found there was a low level of religious knowledge among the individuals.

Some 47 percent of the 68 French jihadists whose education records were available left school with no qualifications while 26 percent passed their baccalaureate and 11 percent graduated from university.

Some 36 percent were unemployed at the time of arrest while another 22 percent were in low-paid unstable jobs (emploi précaire).

More than half of those charged with Islamist terror offences were in a couple (57 percent).

IFRI says the study shows “that these individuals are distinguished by a lower level of education and professional integration, a higher degree of poverty, a greater involvement in crime and a closer relationship to North and sub-Saharan Africa than the average population of France.”

Jihadists involved in recent attacks, including Radouance Lakdim the 25-year-old who killed four during a shooting rampage in and around Carcassonne on Friday March 23rd, were often known to police for having previous criminal records.

Lakdim, like many others, was known to police as a small time drug dealer before turning to violent Islamism.

And the state from the IFRI study backed up the view that many of those who end up jihadists have come from a life of crime.

Some 40 percent had already been convicted at least once of violence, theft, drug dealing, or traffic offences, while another 8 percent had been reported to the police.

The study sounded the alarm by noting that many individuals who had served sentences for terrorist related crimes went on to commit attacks on French soil after being released.

“This question is all the more pressing given that 60 individuals convicted for acts of terrorism are due to be released in the next two years,” writes the study.

In terms of the path towards radicalization the study revealed that “contrary to what is often heard, radicalization is a relatively long journey – between months and years – rather than an instant change”.

And while much previous analysis of jihadists has focussed on the internet abetting their path to radicalization, the study found that the internet alone was not enough and said most individuals were motivated by the “group effect”.

“In the judgments that we studied, many defendants knew each other for a long time, some were in the same class in college or playing football in the same club,” the study noted.

The internet was however used to enable jihadists to meet, communicate and prepare action.