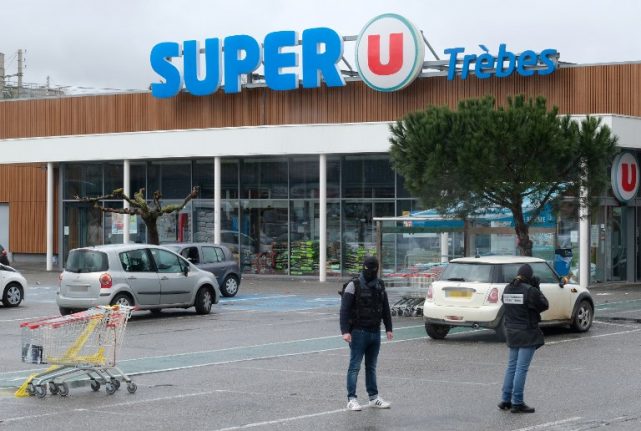 The unusual case, prosecuted under France's tough anti-terror security laws, was heard in the town of Saint-Gaudens in southwest France.

Police spotted the Facebook message by the vegan cheesemaker on Monday night about the killing of butcher Christian Medves at a Super U supermarket in Trebes last week during a shooting spree by an Islamic extremist.

“So then, you are shocked that a murderer is killed by a terrorist.” wrote the animal rights activist, named as Myriam by local media. “Not me. I've got zero compassion for him, there's justice in it.”

With France mourning the four victims of the gunman's rampage, the message sparked outrage online and the author later deleted it, but prosecutors decided to press charges for condoning terrorism, a legal source said.

During sentencing on Thursday, the defendant was handed a suspended prison term of seven months, meaning she will not serve any time behind bars unless she re-offends, local prosecutor Cecile Deprade told AFP.

Anyone suspected of approving terrorism or commenting on it favourably can be charged under French law. Doing so on the internet carries a maximum seven-year jail term and a fine of up to 100,000 euros ($125,000).

“I can understand that you can love and defend animals, but not to the point where you hate humans,” Franck Alberti, a lawyer who is close to the butcher's family, was quoted as saying by Le Parisien newspaper.

The Facebook post also drew condemnation from the French Butchers' Confederation which called it “dreadful” and urged respect for Medves, a 50-year-old father of two who was head of the meat section in the Super U.

La Depeche du Midi newspaper published a message from the vegan activist earlier this week in which she said she had deleted her comment within two hours and thought it was visible only to her friends, not to the public.

A left-wing French activist who had stood for parliament last June, Stephane Poussier, was handed a one-year suspended jail term on Tuesday over comments he posted on Twitter over the same attack last Friday.

Poussier had welcomed the death of Lieutenant-Colonel Arnaud Beltrame, a police colonel who exchanged himself for a hostage but was then killed in an act hailed as heroic.

“Whenever a policeman is shot… I think of my friend Remi Fraisse,” he wrote, referring to an environmental activist killed by a stun grenade fired by police during a 2014 protest over a dam.

“And this time it was a colonel, great! Additionally, it means one less Macron voter,” he added.

President Emmanuel Macron led tributes on Wednesday at a national commemoration for Beltrame.