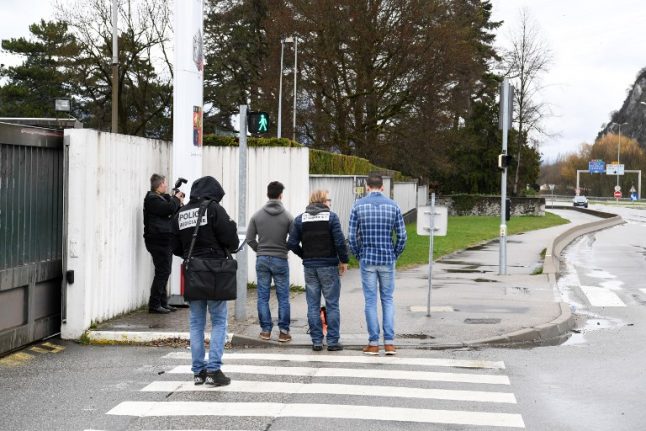 The National Police said on Twitter that an individual had been taken into custody after an operation at a market square in Grenoble,  near the town of       Varces-Allieres-et-Risset where the attempted attack occurred.

The incident happened at 8:15am near the barracks at Varces-Allieres-et-Risset, in the south-eastern department of Isere.

The soldiers were jogging by the side of the road and had to throw themselves out of the way to avoid the car, according to France Info. The troops were left shocked but unhurt.

A hunt was underway for the driver, who insulted another group of soldiers after the aborted attack, before speeding off, sources told AFP. He was later arrested by police in Grenoble.

The soldiers were able to give local gendarmes a description of the vehicle and numerous patrols were deployed around the region to try to identify the vehicle.

“When they returned he tried to ram them.

“The soldiers managed to get on to the pavement without being crushed. The gendarmes cordoned off the area and opened an investigation and on the military side we have reinforced the security perimeter,” said the Colonel.

The local Dauphiné Libéré newspaper said the man is suspected to have been driving a stolen Peugeot 208.

It was not clear at this stage what the driver's motive was but the incident comes as France is once again on high alert for terror attacks after last Friday's killing of four people near Carcassonne.

Soldiers have been targeted by jihadists numerous times in France in recent years.

“It's too early to know for certain if this was an attempted attack,” an army source told the Dauphiné Libéré newspaper.