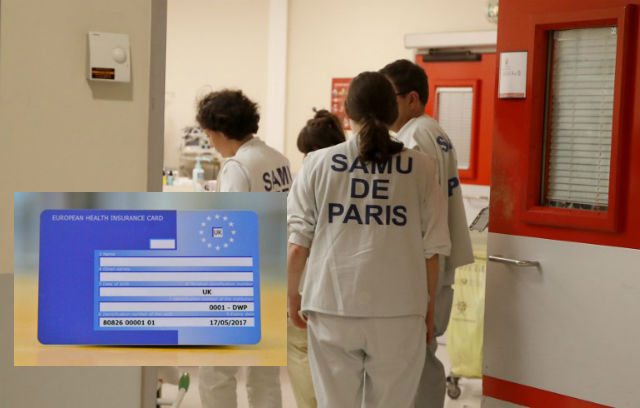 It's one of the many questions Britons have about life after Brexit.

Will they still be able to visit France and other EU countries safe in the knowledge that if they need urgent medical care they can whip out their European Health Insurance Card (EHIC) and be given free or reduced cost treatment?

That's what currently happens thanks to the European Health Insurance scheme which basically sees the costs of urgent health treatment in another EU country covered by the country of residence.

But what about once Britain finally leaves the EU at the end of the official transition period in December 2020?

The British government is reportedly hopeful of striking a deal with the EU to continue as things are at the moment meaning Britons can still be part of the EHIC scheme after Brexit.

But this has not been negotiated yet and a new report report published in London on Wednesday from the House of Lords EU select committee says it is “unconvinced” the government will get what it wants, the Guardian newspaper reports.

The report reads: “In the absence of an agreement on future relations, the rights to reciprocal healthcare currently enjoyed by 27 million UK citizens, thanks to the European health insurance card, will cease after Brexit.

“Other rights, provided for by the S2 scheme (which gives some patients the right to NHS-funded treatment in another European Economic Area (EEA) country or Switzerland) and Patients’ Rights Directive, which cover planned treatment in other EU member states, will also come to an end.

“We therefore remain unconvinced that reciprocal healthcare for people falling outside the scope of the joint report [the UK-EU agreement reached in December] can continue in its current form.

'As clear as mud': Brits in France and Europe slam latest Brexit agreement