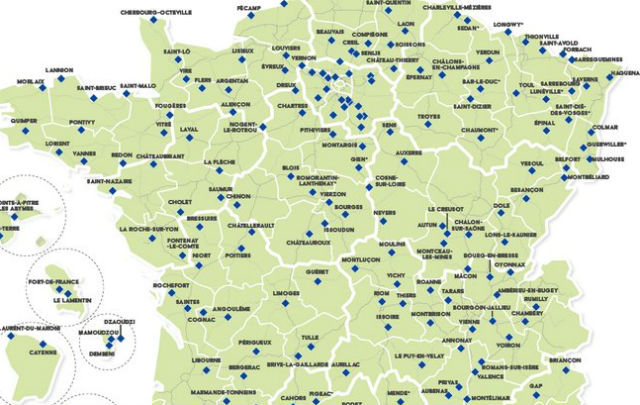 The “Action Coeur de Ville” plan will see €5 billion spent on rejuvenating the centres of 222 medium sized towns across the country over the next five years.
Town authorities will be able to use the cash on an array of development projects, including housing, transport, education, cultural and sports offerings.
The list of towns that made the cut include Douai, Lorient, Troyes, Colmar, Limoges, Mont-de-Marsan, Avignon and Perpignan. (See below for a full list and map)
“I am convinced that medium-sized towns are an essential area for the development of our territories,” said Minister of Territorial Cohesion Jacques Mézard on Tuesday.
Mézard said medium-sized towns in France account for 23 percent of the overall population of France and 26 percent of jobs. But many towns in France have seen shops close in recent years with stores being left vacant. This is one problem the government wants to fix.
“Their vitality is essential because it benefits the entire town, and more broadly the surrounding urban and suburban areas. The heart of the city, in all the diversity of the French urban fabric, is the melting pot where civic life, economic life, social life is formed.”
Medium-sized towns includes those with a population of 30,000 to 50,000. CLICK HERE to see a bigger version of the map
And CLICK HERE for the full list of towns in alphabetical order.
Url copied to clipboard!