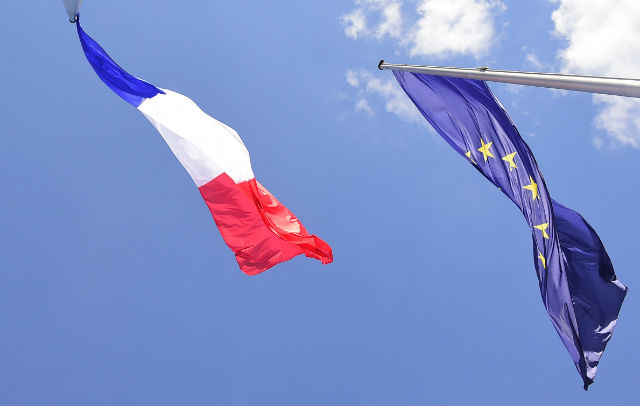 Photo: AFP
The INSEE national statistics agency also reported 2.0 percent growth in 2017, France's highest in six years.
The deficit figure, which beat expectations of 2.9 percent of gross domestic product (GDP), is a fresh sign the eurozone's second-biggest economy is experiencing a rebound under President Emmanuel Macron.
In 2016, the deficit stood at 3.4 percent of GDP.
The 2017 figure was the first to come below the European limit since 2007 — the year the global financial crisis erupted.
READ ALSO: France, long a laggard in Europe, has come under strong pressure to do more to reduce its budget deficit and debt, which are still among the highest in the eurozone.
The decline in the deficit does not mean a reduction in France's public debt as the government is still borrowing more than it repays, INSEE said in a statement.
Public debt stood at 2.2 trillion euros, or 97 percent of GDP, at the end of 2017.
Still, France's return below the EU deficit limit is good news for Macron's government, which had made it a goal to reduce the deficit below 3.0 percent.
“We have honoured our engagements,” Finance Minister Bruno Le Maire told France Info radio, as he welcomed the “good news”.
“It is proof that the strategy laid out by the president of the Republic on reducing public spending, realigning our public accounts and growth is the right one,” he said.
Growth picks up
France and Spain are the only eurozone countries to remain under the EU's “excessive deficit procedure”.
To be given the all clear, France must register a deficit-to-GDP ratio below 3.0 percent for another year.
Macron's government has forecast a 2.9 percent deficit for 2018, but thanks to the strong growth, that goal may now be revised downwards.
The economy expanded by 2.0 percent in 2017, representing a marked pick-up from 2016, when GDP grew by 1.1 percent.
France performed particularly well in the fourth quarter of last year, when GDP expanded by 0.7 percent.
Earlier estimates had placed growth for the last three months of 2017 at 0.6 percent.
According to INSEE, France achieved accelerated growth thanks to growing investments, even as consumer purchasing power slowed.
Overall, growth was still well below the 2.5 percent rate that the eurozone reached in 2017, for the first time since the financial crisis implosion.
Url copied to clipboard!